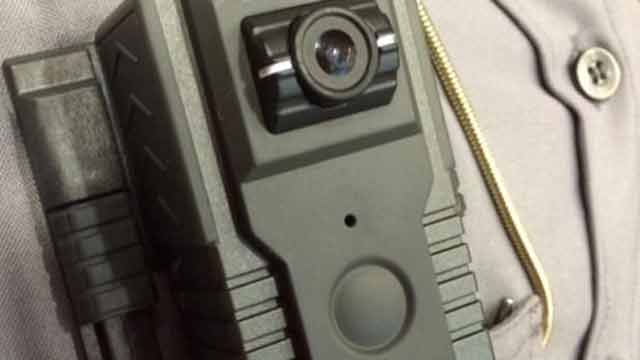 Due to an unresolved legal battle between the Oklahoma City Police Department and the Fraternal Order of Police, as of Tuesday, officers in the city are no longer equipped with body cameras, at least for the time being.

While both groups are in favor of using body cameras, they are at odds over policies surrounding the cameras, namely the review of footage. Currently, law enforcement supervisors are given the authority to review any officer’s footage at any time, but according to a statement from Oklahoma City Chief of Police, Bill Citty, the Fraternal Order of Police Lodge 123 filed a grievance against the department in September 2015 over the policy.

“What we’re trying to avoid is a supervisor just watching videos trying to find something wrong,” explained Lodge 123 president John George. “If that supervisor likes one trooper and not the other, he might watch one’s footage more than the other.”

However, Chief Citty doesn’t see a problem with the current policy, and noted the footage is considered an open record.

“The public can see it, but a supervisor can’t?” Citty questioned, adding he understands the union does not want anyone, including the chief of police, to be able to randomly look at the videos.

Furthermore, the police union apparently did not want the body cameras to be implemented at all until a solid policy was in place, but according to local reports, Chief Citty moved forward with the plan and equipped his officers anyway. The use of the program was then brought before Arbitrator M. Zane Lumbley, who sided with the Fraternal Order of Police.

Lumbley said Chief Citty’s decision to move forward with the program was based on continued and increased questioning of officers’ use of authority, as well as a push from the public about the use of such cameras.

Chief Citty said the department feels body cameras are a tool which helps to maintain better policing and create more transparency and accountability. Citty made it clear he did not agree with the cease and desist order to remove the cameras, but nonetheless recognized the arbitrator’s decision as legally binding.

Citty and George both said they hope to re-implement the body cam program as soon as possible, and the two groups will continue to work with one another to come up with an acceptable policy.