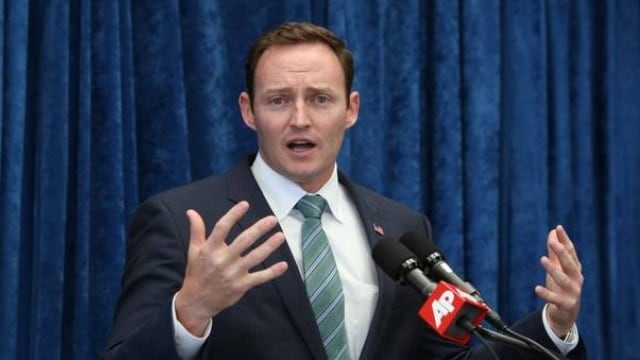 A group of lawmakers, including three Florida Democrats, introduced legislation mandating the Federal Bureau of Investigation be notified when someone who used to be on a terror watch list purchases guns or explosives.

The measure comes as Congress debates a legislative response to the recent terror attack at a gay club in Orlando that left 50 people, including the shooter, dead. The terrorist in that incident, killed in a shootout with police, had been removed from the list before he legally purchased the two firearms he used in the attack.

Sponsors argue the bill could help insulate the public from future mass shootings by individuals who at one time were under government scrutiny.

“Congress must take immediate action to better protect the American people from gun violence and terrorism, and that starts with preventing radicalized, hate-filled individuals from having access to dangerous weapons,” said U.S. Rep. Patrick Murphy, D-Fla., in a statement. “It’s unacceptable that suspected terrorists can walk into a gun shop and buy a gun. We need to put the partisanship aside and pass this common-sense bill. The families and communities suffering in the wake of this horrific violence against the LGBT community deserve nothing less.”

The legislation introduced by Murphy and two other Florida Democrats — Gwen Graham and Alan Grayson — along with Mike Thompson of California and Elizabeth Esty of Connecticut, was filed Thursday as H.R. 5504.

Under its guidelines, the bill would require that anyone who has been under a terror investigation have their information added to the National Instant Criminal Background Check System, commonly referred to as NICS. While not made a prohibited firearms possessor outright, the NICS system would automatically notify the FBI if a background check is processed through the system for such a flagged individual.

As such, the proposal is an alternative to other bills such as those backed by U.S. Sens. Dianne Feinstein, D-Calif., and Pat Toomey, R-Penn., to help stop suspected dangerous terrorists from buying firearms.

Sen. Bill Nelson, D-Fla., filed an identical version of the House bill in the Senate on Wednesday as S.3058 with Republican Mark Kirk of Illinois as a co-sponsor

Both measures have been referred to their chamber’s respective judiciary committees, but Congress may debate them as early as next week due to promises made by GOP leadership to end a filibuster by Sen. Chris Murphy on Thursday.