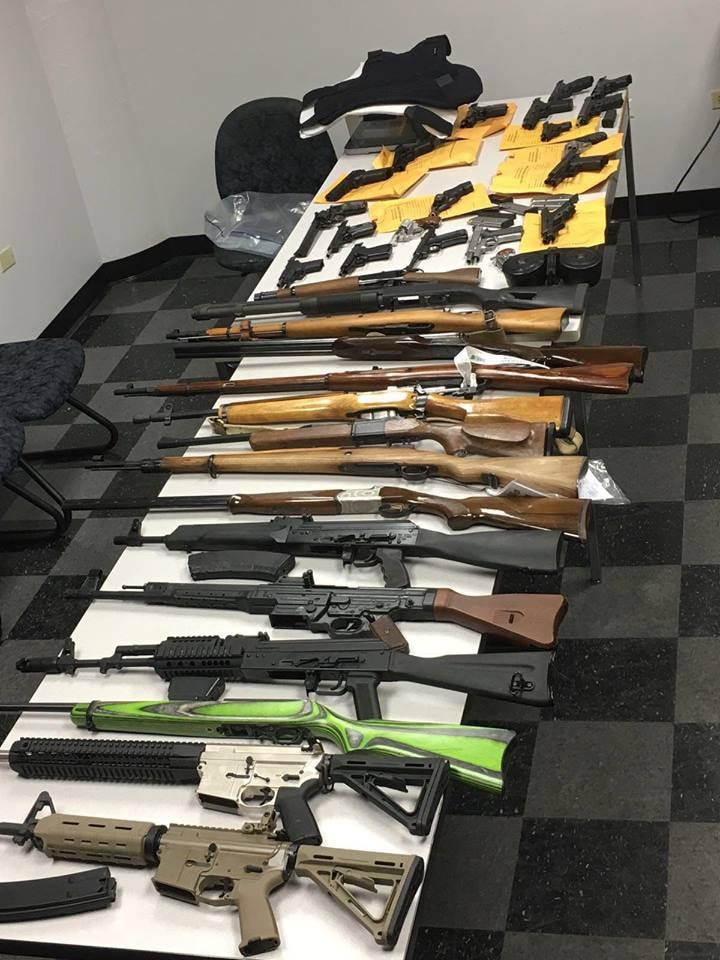 Chicago police seized more than 30 guns and a supply of drugs while executing a search warrant Friday just outside the city’s northwest side.

The seizure puts total illegal guns off the street at 4,230 so far this year, the department said in a statement.

Officers identified the location a drug dealer had been selling guns and stashing guns. They worked with the Bureau of Alcohol, Tobacco, Firearms and Explosives on the investigation.

Anthony Riccio, Chicago PD’s chief of organized crime, said officers are doing what they can to keep violence down but “the confiscation of guns like these demonstrates the need for stricter gun laws.”

“For every gun we take off the street, we have the potential to save another life and make our neighborhoods safer,” he said.

Earlier in the week, CPD arrested more than 24 offenders on gun and drug charges as part of a raid against gang members called “Operation Bee Sting”.

A total of seven illegal guns were seized during search warrants related to the operation, and detectives believe the targeted gang faction may be linked to several murders and as many as 30 shooting incidents.

In April, the department released data showing murders up by 72 percent and shootings surging 88 percent in the first three months of 2016.