A new rendition of the Ruger Shopkeeper Bearcat .22 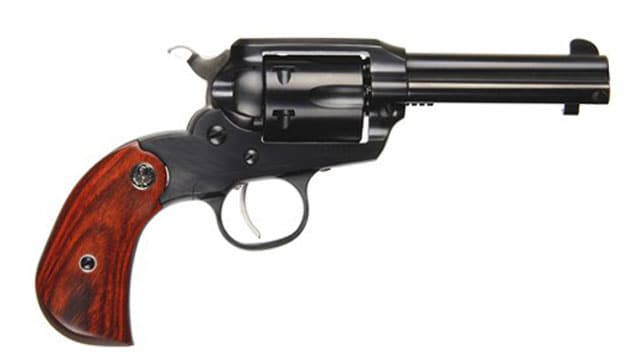 Lipsey’s recently announced they’re the developer and exclusive distributor of a new version of the Ruger Shopkeeper Bearcat 22 LR revolver.

The new Shopkeeper has several handsome and practical features. The finish is blue. The barrel’s been lengthened to 3.5 inches. There’s a distinctive birdshead gripframe, and a fluted cylinder.

The Baton Rouge-company development team sought to expand upon the Bearcat platform, a consistently popular choice for both shooters and collectors.

“Ever since we came out with the stainless Shopkeeper I have wanted to do a blued version. To make this one a little different we added the fluted cylinder and lengthened the barrel by a half inch to insure complete extraction of spent casings. With these new features, I am excited to be offering this new revolver,” said company spokesman Jason Cloessner.

The revolver has a round capacity of six, and an overall length of 8.5 inches. It weighs 22 ounces. Sights are fixed. The barrel twist rate is 1:16. It comes with Ruger’s button head cylinder pin. A hard plastic case is included with purchase.

The new blued Shopkeeper Bearcat is available for order through Lipsey’s dealer network. MSRP is $656.