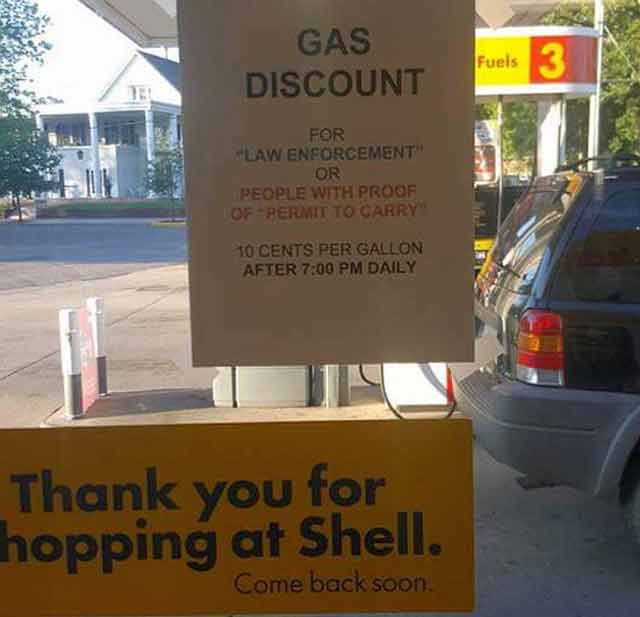 After being robbed twice in three months, the owner of a central Minnesota Shell station has come up with a way to beef up security.

The Sauk Rapids station is offering a gas discount of 10 cents per gallon to patrons who visit the station after 7:00 p.m. and are either law enforcement or gun owners with a valid permit to carry concealed. A sign posted in the window alerts customers and crooks alike to the ongoing special.

Owner Frank Schwagel said he hopes the special will not only increase evening time traffic in the store, but also alert local residents to the ongoing problem.

“These guys are coming in with guns and knives and threatening our employees. It’s pretty disconcerting,” Schwagel said. “I just figured anything I can do to draw attention to the problem.”

Schwagel said sometime after he posted the sign, someone snapped a picture and shared it on social media. Initially, it had 111 shares, but at last count, that number had soared to over 115,000 in a matter of hours.