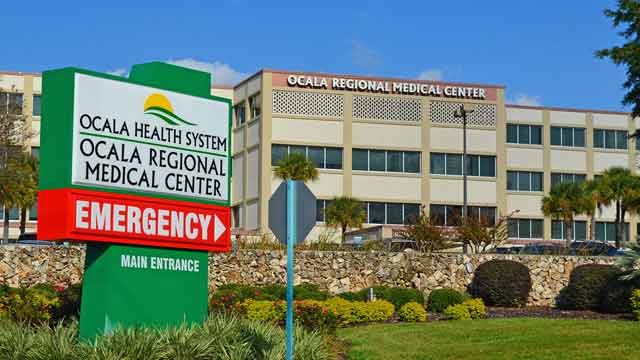 The suspect underwent surgery after getting a gut shot with a .22. (Photo: Ocala Regional Medical Center)

A 27-year-old man is recovering from a gunshot wound after he broke into an Ocala, Florida, home Sunday evening and was shot by the homeowner.

According to a release from the Marion County Sheriff’s Office, the 54-year-old homeowner, whose name has not been made public, said she was in the kitchen when the suspect began banging on the window, demanding that she let him inside. The homeowner did not recognize the man and told him to leave, but he failed to heed her warning.

The suspect, who was later identified as Victor Alex Etherington, kicked in the door and forced his way inside. The homeowner ran to an upstairs bedroom, locked the door, called 911, grabbed a gun and hid in the closet.

But Etherington came after her. He again forced his way through the bedroom’s locked door before removing his shorts, which authorities say were filled with human feces. Lauren Lettelier with the Marion County Sheriff’s Office told reporters that by the time Etherington forced his way into the closet where the woman was hiding, he was completely naked.

But once he opened the closet door, the homeowner fired a single shot from a .22-caliber handgun and struck Etherington in the stomach.

Officers arrived a short time later and forced their way into the home. Once inside, they found Etherington, covered in feces and obviously drunk, suffering from a gunshot wound and hiding behind the bedroom door. Etherington was transported to the hospital for medical treatment. Once released, he will face charges which had not been determined as of Monday evening.

Authorities said they are unclear what Etherington’s intentions were, but noted that he was intoxicated and had previously lived in the victim’s home for more than a decade, although the homeowner was not acquainted with Etherington. Police say it’s possible he was simply drunk and went to the wrong home.