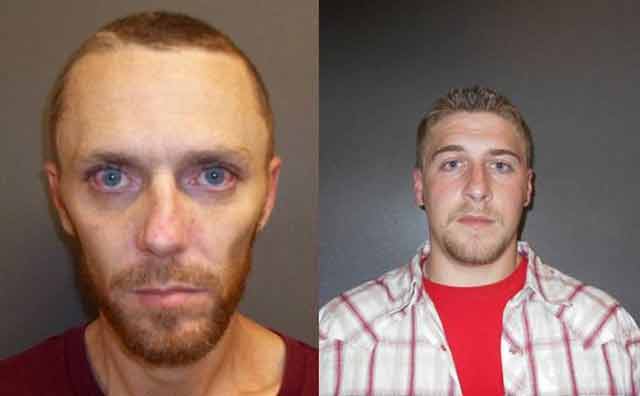 Two inmates escaped from an Indiana county jail last week after crawling through a hole in the wall and their escape was captured on surveillance video.

Officers checked the cells around 1:30 a.m. and discovered Chadwick Heath and Michael Roberts were missing. Further investigation revealed a two-foot hole in the interior and exterior walls of the jail. Surveillance video confirmed the two escaped about two hours prior to the head count.

The sheriff was immediately notified of the missing inmates, but a search, which included K-9 units, was unsuccessful.

Three days after their escape, thanks to an anonymous tip, the fugitives were apprehended in Dayton, Ohio. Both were taken into custody without further incident. Paula J. Potters, 60 of Connersville, who is Heath’s mother, was also arrested for assisting the men after their escape.

Roberts is facing charges in Ohio, while Heath is being extradited to Indiana. Both were previously charged with various felonies.