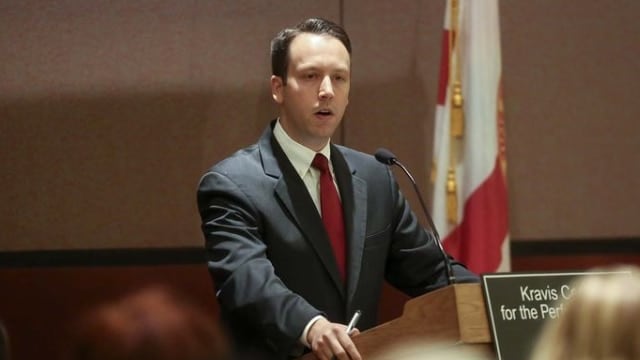 With Republican leaders downplaying the need, some Florida Democrats are trying to force the Secretary of State to poll lawmakers for a special session.

Last week a number of Orlando area Dems called for the action in the wake of the deadly terror attack that left 49 dead. However, Senate President Andy Gardiner, R-Orlando, expressed little appetite to call the body back into session and has given a nod to the fact that the two senators behind the call are running for greater political office.

This had led Rep. Dave Kerner, D-Lake Worth, to call upon Florida Secretary of State Ken Detzner directly to reconvene the legislature, adjourned in March.

“The Legislature of the State of Florida should be convened for the purpose of reviewing and revising Florida laws and policies to address the loophole allowing known or suspected terrorists to purchase and own firearms in the state of Florida,” wrote Kerner. “More specifically, I am requesting we pass emergency legislation banning those who are or have been on the FBI’s ‘Watch List’ and/or ‘No Fly List’ from such purchases.”

Kerner, a former Alachua police offer and state conservation officer, has repeatedly led several House Democrats in opposing gun reform legislation and is trying to get at least 32 members of the Legislature to file similar letters with Detzner, who would be forced to poll lawmakers about the session.

The House is currently made up of 81 GOP members and 39 Democrats.

At least one Republican is against the move

“Although I am concerned about every Floridian’s safety, I am also an adamant supporter of the Second Amendment,” Rep. Ross Spano, R-Riverview, told Guns.com in an email. “At this time, I see no need to have a special session to change our current gun laws, unless and until it can be demonstrated that proposed legislation will have a meaningful impact on safety without infringing upon constitutional rights.”

Gun rights advocates in the state are incredulous at Kerner’s actions.

“Democrats continue to exploit this tragedy,” Marion Hammer, executive director of the Unified Sportsmen of Florida and past president of the National Rifle Association told Guns.com. “This was a terrorist act by a man suspected by the Obama administration’s FBI of being a terrorist. This terrorist, shouting allegiance to radical Islamic terrorists, murdered 49 Americans. Yet, for some reason that defies all logic, Democrats don’t blame the terrorist for the mass murder, they blame his gun.”