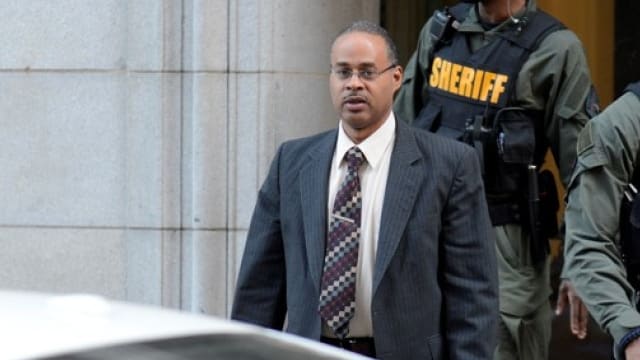 Following a sensational trial in the case of a Baltimore man who died while in police custody, a Circuit Court Judge found the first of six officers charged in his death innocent Thursday.

Goodson was on trial for the April 19, 2015 death of Freddie Carlos Gray, Jr., 25, who had been in a coma after being arrested by Baltimore Police the week before following a “rough ride” in a prisoner van. Six officers including Goodson were placed on leave and Baltimore City State’s Attorney Marilyn Mosby sought criminal charges against them after Gray’s death resulted in a series of violent riots in the city.

On Thursday, Circuit Court Judge Barry G. Williams found Goodson not guilty on all charges, noting prosecutors could not make a compelling case

“The Court acknowledges the injuries to Mr. Gray and notes that they occurred while he was in police custody in the back of the van that the defendant was driving,” noted Williams in court. “However, the Court finds that there is insufficient evidence that the defendant gave or intended to give Mr. Gray a ‘rough ride.'”