Recognize this man? The feds want to know. (VIDEO)

The Federal Bureau of Investigation and the Lower Merion Township Police Department out of Pennsylvania is pleading with the public for assistance in identifying the man responsible for an armed robbery of a pharmacy earlier this year.

At around 9:25 a.m. on Friday, April 22, the suspect walked into the J.B. Merrick Apothecary with his face covered, pulled a gun and demanded Oxycontin and other narcotics from the pharmacy employees. With an undisclosed amount of cash and prescription pills, the suspect then fled in a car belonging to one of the employees.

The vehicle, a silver 2016 Hyundai Sonata with a Maryland tag, was later found abandoned in an alley in Philadelphia. Authorities believe the suspect may live near the area where the car was recovered.

The suspect is described as a black male who stands approximately 6’0” tall. His approximate age could not be determined. During the robbery, he wore a long-sleeved “California Republic” T-shirt with a bear and a star. Police say it appeared the man had his face covered with a veil typically worn by some Muslim women.

Authorities warn that the suspect should be considered armed and dangerous. Anyone with information is asked to contact FBI Violent Crimes Task Force at (215) 418-4000 or the Lower Merion Township Police Department at (610) 649-1000. A reward is being offered and tipsters can remain anonymous. 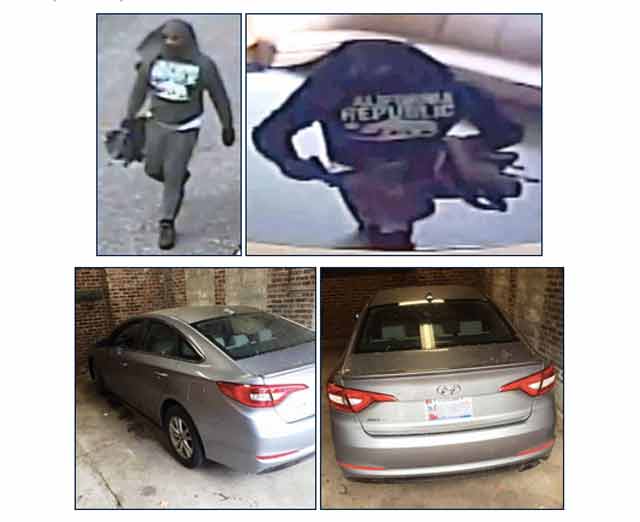