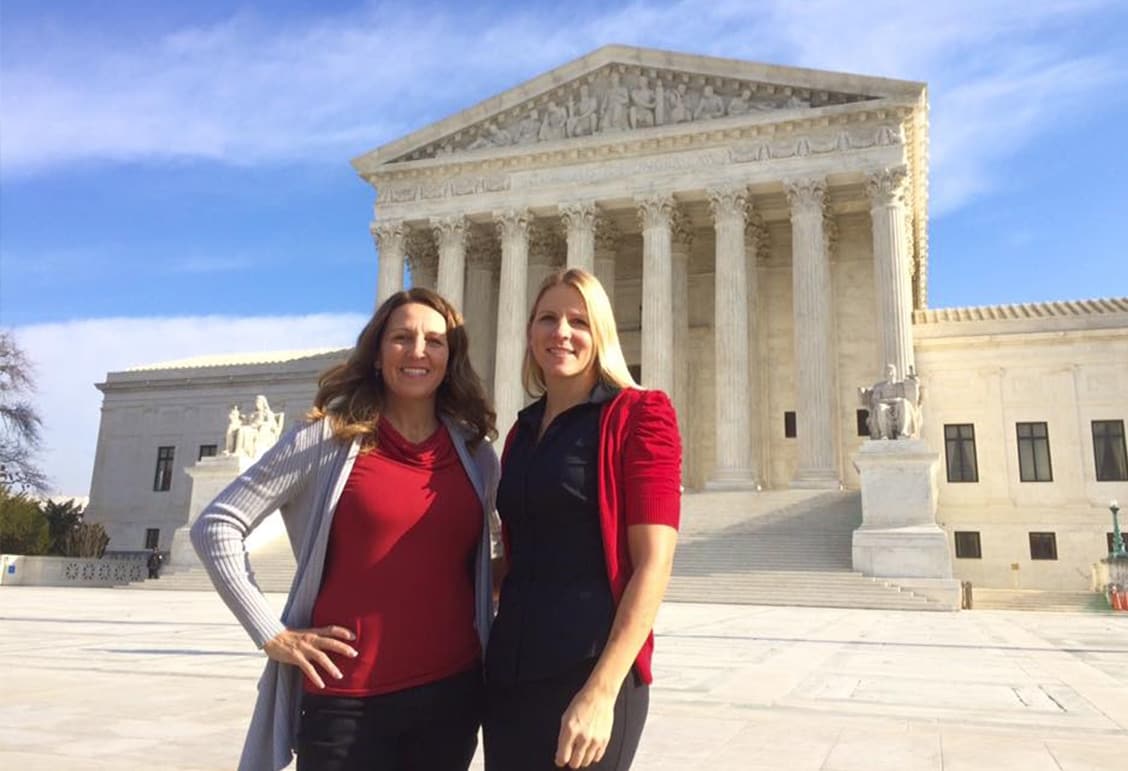 Competitive shooters Dianna Muller, left, and Becky Yackley will stand beside 48 other women to rally for Second Amendment rights at the nation’s capital in July. (Photo: Dianna Muller/Facebook )

Fifty women — each representing their state in the U.S. — will meet with U.S. lawmakers on Capitol Hill in July to rally for Second Amendment rights as part of the DC Project.

The group is the brainchild of female shooter Dianna Muller, an avid 3-gun competitor, who said the goal is to give voice to a demographic of gun owners that lawmakers may not really know.

“Women often have a stronger impact when speaking about the Second Amendment since we break the stereotypical idea of a gun owner,” Muller said.

Muller teamed with A Girl & A Gun Women’s Shooting League, a ladies-only organization empowering women in the shooting community with female-led resources and training, to organize the project.

“We have volunteers from all over the country who are gathering to raise awareness for the changing face of the American gun owner,” said Robyn Sandoval, AG & AG’s executive director, to Guns.com.

Together, they aim to represent female shooters in the gun community. Sandoval stressed that it was imperative for ladies to speak out about the changing demographics of gun ownership.

Surveys have long shown the majority of gun owners as white males, but a National Shooting Sports Foundation study published in 2015 found a growing number of women as return buyers. Also, out of 1,000 women polled, bought their first firearm within three years.

The DC Project event is scheduled for July 7 and July 8 in Washington, D.C. with a rally on the West Front Lawn set for the last day. Additional information on the event can be found on the DC Project’s website.