Florida pumps the brakes on bear season after outcry 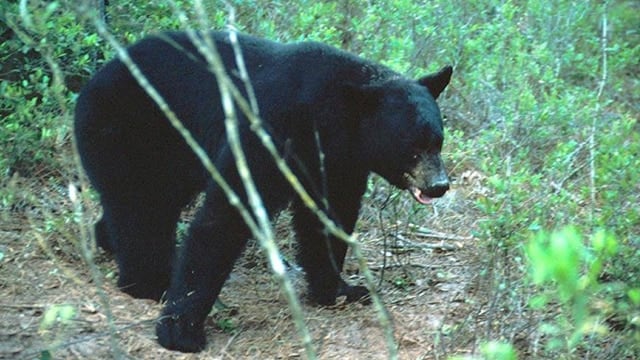 The FWC estimates the number of adult black bears in the wild to be over 4,350, the highest in decades. (Photo: FWC)

Despite a growing bear population,the Florida Fish and Wildlife Conservation Commission this week voted against a hunt in the state for 2016 following controversy over last year’s historic season.

In 2015, the Commission approved the first bear season in decades by a 5-1 vote in the face of intense opposition from anti-hunting groups spearheaded by the Humane Society of the United States, which embarked on a campaign that included petitions and pickets. Permits sold briskly as more than 3,700 hopeful sportsmen from around the country — to include rocker and NRA board member Ted Nugent — picked up tags for a targeted 320-bear hunt that, in the end, produced 304 animals in just two days.

Now, though state biologists urged Commission members to continue the hunt to keep the population of Florida’s largest native land mammal in check, the commissioners chose to go the other way and voted 4-3 on Wednesday to postpone bear hunting for this year at least.

This comes as the number of adult bear in the state’s wilderness top 4,350, in some management areas an increase of more than 138 percent from a decade ago.

“Although hunting has been demonstrated to be a valuable tool to control bear populations across the country, it is just one part of FWC’s comprehensive bear management program,” said Nick Wiley, FWC executive director, in a statement emailed to Guns.com.

“Our agency will continue to work with Floridians, the scientific community and local governments as our focus remains balancing the needs of Florida’s growing bear population with what’s best for families in our state,” he said.

There will be a zero-hunt objective for this year, though the Wiley advised the Commission would revisit the prospect for continued harvesting in 2017, giving FWC time to work on their bear management program.

Sporting advocates in the state called the move by FWC shameful. “FWC is a constitutional agency and was put in the Constitution so they could use science and biology to protect and conserve our natural resources and stay out of politics,” said Marion Hammer, executive director of the Unified Sportsmen of Florida and past president of the NRA, told Guns.com Thursday.

“Three commissioners made intelligent votes in keeping with the recommendation of their professional staff. Unfortunately, four of them threw science and biology aside and bowed to emotional pleadings of people who are simply opposed to hunting,” she said.