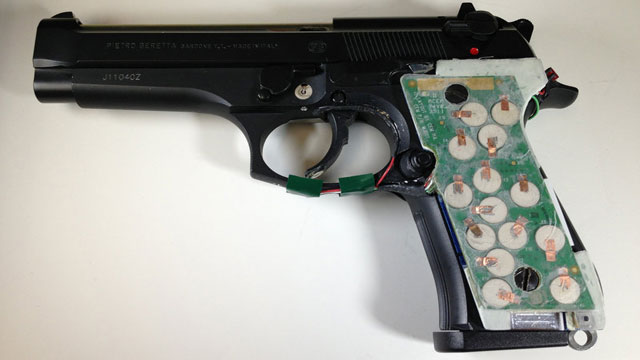 A bill to ease restrictions of New Jersey handgun sales, currently limited to include only “personalized guns,” or smart guns, when and if they exist as defined by the State, was filed for Senate vote on Monday.

The new bill was approved by the Judiciary Committee of the State Assembly. If passed, it will amend or repeal certain language in the statute, which was intended to prevent gun deaths through the promulgation of smart guns.

State code now specifies that state-licensed gun retailers may sell only handguns meeting the definition of personalized handguns as published on the state’s official roster. Those restrictions were enacted in 2002, but there still isn’t a list.

The handgun list was slated for creation and maintenance by the New Jersey Attorney General’s office. Listing would be considered after collecting from the manufacturer a fees for testing and clerical work.

Under current law, personalized handgun sales would be the only lawful handgun sales immediately after the State Attorney General issues a declaration that at least one approved handgun is on the market. The law doesn’t address what retailers may do with existing inventory after such declaration.

Fourteen years later, gun control advocates inside the State Assembly have acknowledged that these laws haven’t helped their cause.

In an apparent admission that people on both sides of the gun retail counter prefer choice, the new bill repeals the requirement that retailers only sell State-approved handguns.

The proposed changes also eliminate the requirement that guns sold as personalized guns must meet the Attorney General’s definition. It appears that, under the change, companies seeking to sell smart guns in the state would simply deal with retailers as an initial action.

New Jersey’s senate has tried to eliminate these restrictions before, as recently as February, but the state’s governor, Chris Christie, who was running to be the Republican presidential nominee, pocket vetoed the legislation.