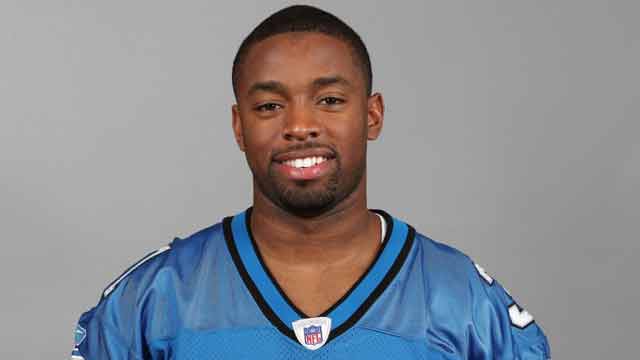 Stanley Wilson in 2007 while still playing for the Detroit Lions. (Photo: Getty Images)

A 33-year-old man is recovering from what appeared to be a non-life threatening gunshot wound after he attempted to break into a Portland home Wednesday afternoon.

According to a press release from the Multnomah County Sheriff’s Office, a 911 call from the homeowner came in around 3:51 p.m. The homeowner explained that he had shot an individual who was breaking into his home through a back window.

Sheriff’s deputies as well as officers from the Portland Police Department responded to the call and arrived at the home within a few minutes. Authorities instructed the homeowner to put down his firearm and come out of the home, to which he complied.

Additional officers arrived on the scene and when they searched the area they found the suspect in a fountain in the back yard. He was completely naked and suffering from a gunshot wound. He was transported to the hospital where he remained as of Thursday. His injuries are not believed to be life-threatening.

Authorities later identified the suspect as Stanley Wilson II of Portland. Wilson played cornerback for the Detroit Lions for three seasons, starting in 2005, after also playing football for Stanford University. However, Wilson’s career as a professional football player faded following an injury in 2008. Likewise, Wilson’s father, Stanley Wilson, Sr., also played professional football in the 80s, but his career was marred by rampant drug use, which eventually got him banned from the National Football League.

Capt. Steve Alexander, spokesman for the Multnomah County Sheriff’s Office, could not confirm nor deny whether Wilson may have been under the influence of drugs or alcohol.

Once released from the hospital, Wilson will face burglary and trespassing charges, but the sheriff’s office said additional charges are likely.

The homeowner was not reported to be injured and no charges have been filed against him at this time. Once the investigation is completed, the case will be forwarded to the Multnomah County District Attorney’s Office for review.