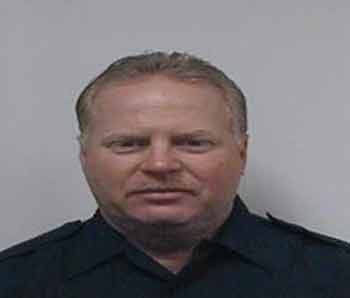 The parents of David Michel, Jr. said he always wanted to be a police officer from the time he was a little kid. (Photo: JPSO)

A Jefferson Parish Sheriff’s deputy was shot and killed during a pedestrian stop in New Orleans Wednesday afternoon, and while the suspect is in custody, an investigation has been launched into possible misconduct after the suspect suffered numerous injuries during his arrest.

Deputy David Michel, Jr. was on patrol around 12:21 p.m. when he observed the suspect, Jerman Neveaux, 19, following closely behind another man, who appeared to be very nervous. The man who was being followed was talking to his girlfriend on a cell phone at the time. His girlfriend later confirmed to authorities that the man was, in fact, nervous about Neveaux following him, fearful of his intentions.

Michel approached the two men and instructed the man on the cell phone to leave the area. The deputy then placed Neveaux against his patrol car as he attempted to search him. However, Neveaux “immediately flipped around and went chest to chest” with the officer, according to a statement from by Sheriff Newell Normand.

Neveaux then pulled a .38-caliber revolver and shot Michel in the shoulder. As the two struggled, both men fell to the ground with the deputy falling face down. Neveaux then shot Michel twice in the back, in what Normand called “cold-blooded murder.”

Michel was rushed to a local hospital, but was pronounced dead. The Jefferson Parish Sheriff’s Office confirmed his death. 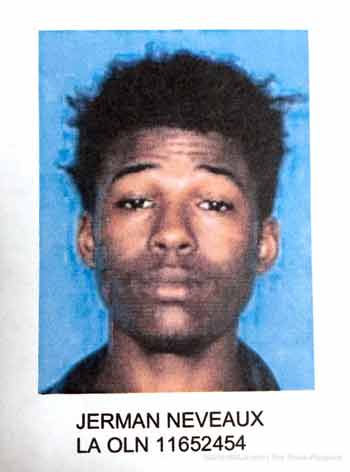 Jerman Neveaux was on probation for a misdemeanor, but now faces murder charges. (Photo: JPSO)

Following a short search, officers located Neveaux, who was subsequently arrested, although not without further incident. Naveaux apparently resisted arrest, during which time he suffered multiple injuries, including an orbital fracture. Video recorded by a witness, which can be seen below, shows officers punching Naveaux several times. Normand confirmed that the matter would be investigated.

Police recovered the .38 and Naveaux admitted to shooting the deputy. He told authorities that he was on probation for a recent misdemeanor possession of stolen property charge, and shot Michel because he was fearful of going to jail for having a gun.

“So he killed a deputy,” Normand noted, obviously distraught over Michel’s death. “What do you say about that?”

Naveaux was booked on first-degree murder and other charges, including aggravated assault with a firearm, battery of a police officer and resisting arrest. He is being held without bond.

Authorities have at least five witnesses and are working to determine where the revolver came from.

Michel first joined the department as a reserve deputy in 2007 and became a full-time officer in 2013. At the time of his death, Michel was part of the Street Crime Unit.

“I wish I had a thousand of him,” Normand said of Michel’s service.

Michel left behind his wife of 21 years, Angie, and son, Michael, as well as three grandchildren.

“He didn’t deserve this,” said Corley Eubanks, Michel’s uncle. “He was murdered by a coward that shot him in the back.”