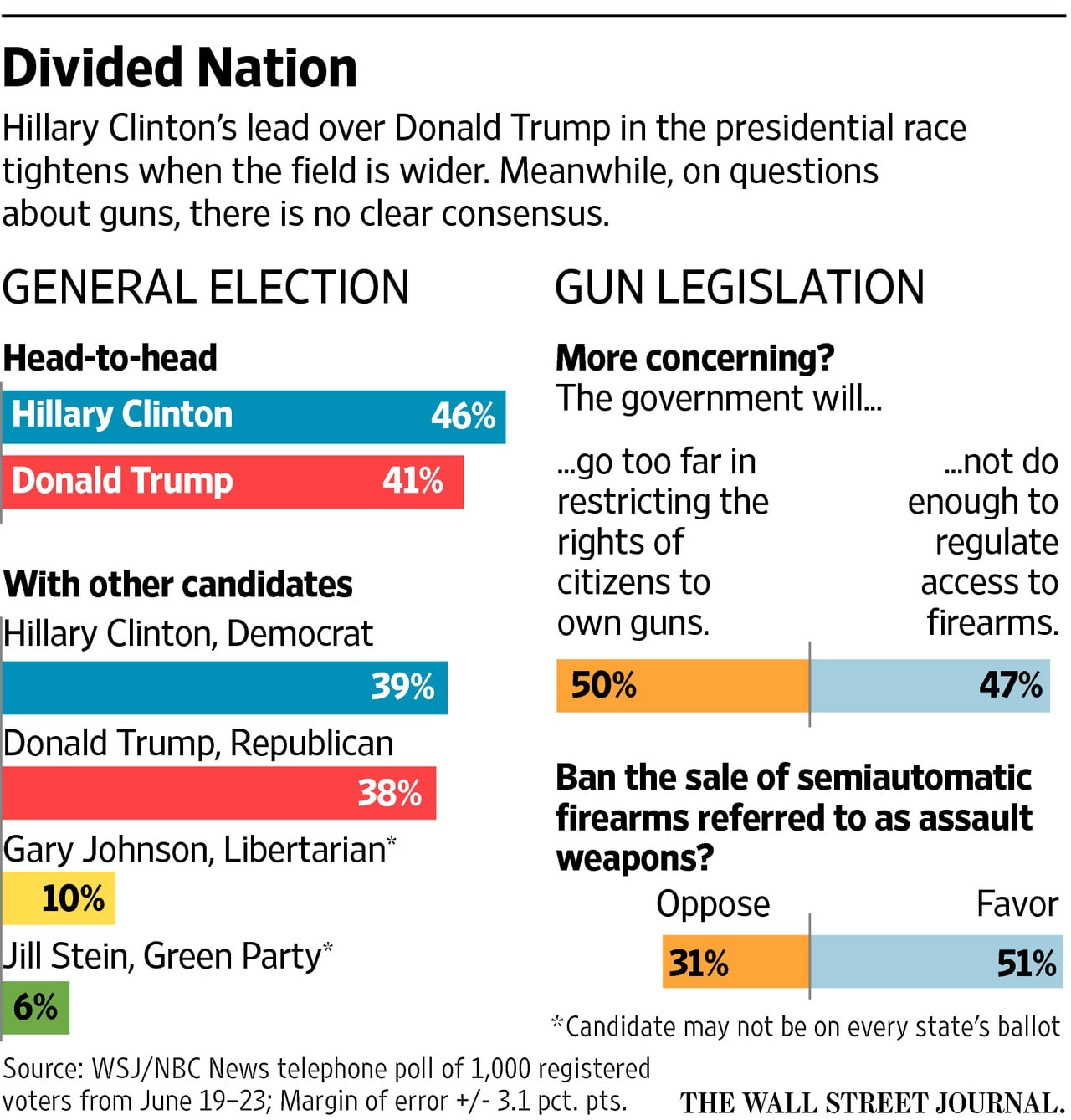 Views on gun rights are split down the middle for Americans, but more lean in favor of an assault weapons ban than in opposition of one, a poll by The Wall Street Journal and NBC News finds.

The poll, conducted a week after the Orlando shooting, found that 50 percent of voters said they were concerned “the government will go too far in restricting the rights of citizens to own guns.”

Whereas 47 percent said “the government will not do enough to regulate access to firearms.”

But the poll shows conflicting feelings regarding the effectiveness of an assault weapons ban. When asked if a ban on such weapons would be worthwhile because it might save lives, 45 percent said “yes.” But 49 percent thought a ban wouldn’t be worth it because attackers would get their weapons anyway.

The news outlets surveyed 1,000 registered voters from across the country on June 19-23.

The Orlando gunman used an AR-style rifle to murder 49 people and 53 others inside a gay club on June 12. The incident spurred calls to renew an assault weapons ban that would prohibit the sale of AR rifles.

In January, a Pew Research poll found 55 percent of those polled favored a ban on “assault-style weapons” and 40 percent opposed one.

The month earlier, in December, a Gallup poll found 55 percent saying they thought laws that would make it harder to buy assault weapons would be an effective tool to fight terrorism.