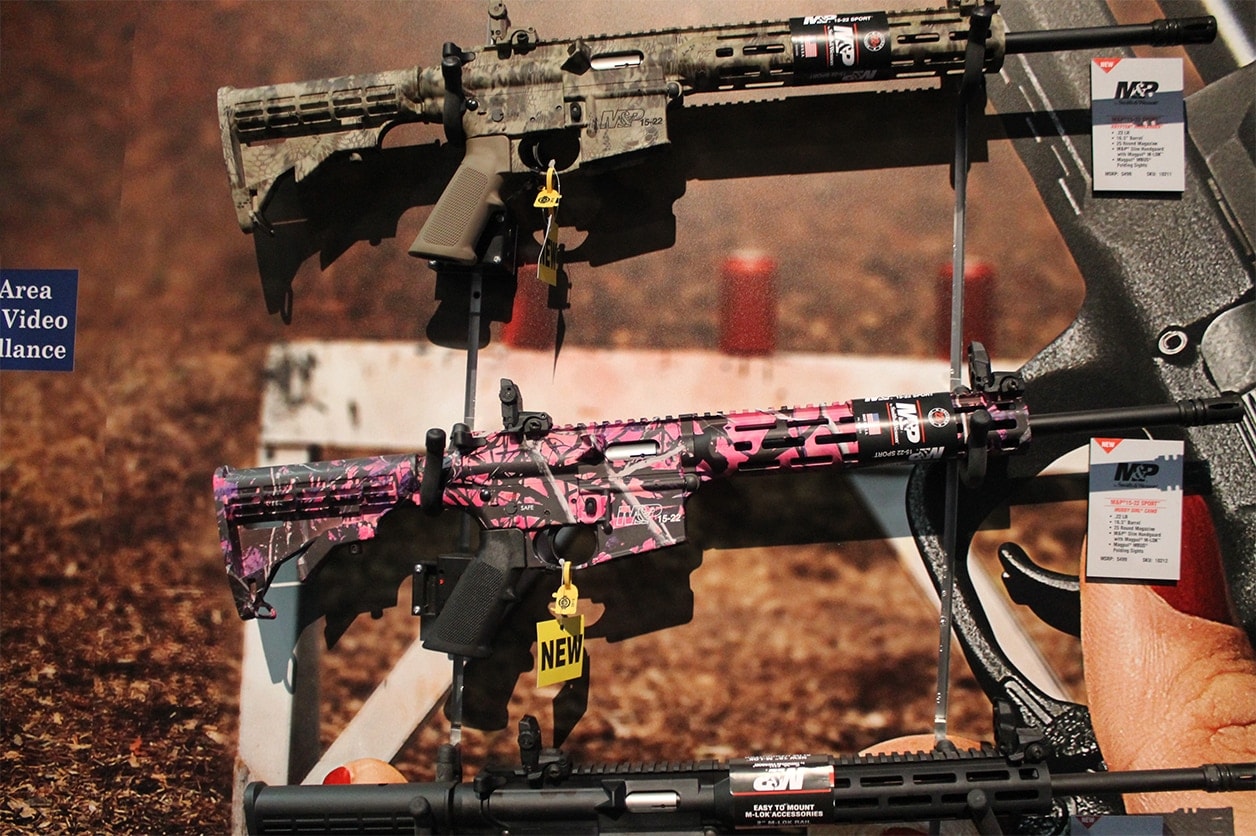 The response to the Orlando shooting followed a familiar trend that included a passionate call for stricter regulation on firearms and an uptick in reported gun sales.

Although any call to renew an assault weapons ban would be doomed at the federal level as Democrats supporting such a measure would fail to gain a majority vote in either the House or the Senate, gun sales still jumped and many expressed a heightened interest in AR rifles.

In Florida — nicknamed “The Gunshine State” after its permissive gun laws and broad ownership — more than doubled in the immediate aftermath of the shooting.

According to a local report, the Florida Department of Law Enforcement ran 9,854 background checks in the three days after the shooting for people hoping to buy firearms, a jump from 4,468 in the same time last year. Another 3,956 background checks were conducted on the fourth day, according to state numbers.

Serge Rene, who co-owns Rene’s Security and Training in west Orlando, to the Orlando Sentinel, described his customers as “good, red-blooded Americans who are concerned the government may do something with the right to keep and bear arms. They are staunch believers in the Second Amendment. Some are collectors.”

He told the newspaper he typically sold one a month, but after the shooting he sold all he had, which was slightly more than a dozen.

“Shootings don’t push up gun sales. It’s when the government starts talking about banning particular guns and up go gun sales. When people lose their right to buy a particular gun or a particular type of gun, they go after them and they want them then,” Engle told Fox Business, explaining why he saw a rise in sales.

In the state of Oregon, which had a high-profile mass shooting at a community college last October, saw gun sales more than double in the wake of the Orlando shooting.

According to a local report, data from the state police shows that 573 guns were sold June 12, the day of the shooting. Just five days later, 1,364 guns were sold in a day. On average, 558 guns were sold in Oregon each day of June 2015. However, types of firearms up for sale were not disclosed.

Nashville Gun Shop regularly sells AR-15s both online and in their Nashville location. A look at their online site shows a majority of AR inventory listed out of stock. Guns.com contacted the gun shop and spoke with co-owner Demir Demirhisar about AR sales post-Orlando.

“Business has definitely picked up,” Demirhisar said. “Not in the same way after Sandy Hook, but it has picked up some.”

The 2012 shooting in Newtown, Connecticut, caused a massive surge in gun sales across the U.S. as many feared the passage of stricter gun control laws. In 2013, there was an estimated $6 billion in revenue generated from gun and ammo sales.

Last week, the Senate failed to pass four measures — two introduced by Democrats and two introduced by Republicans — that address “No Fly, No Buy” legislation, which would ban alleged terrorist on the no fly list from buying firearms.

Following the vote, House Democrats held a 26-hour sit-in protest to force a vote on similar legislation. They promised another push when they return from vacation on July 6.

Next month should give a clearer idea of gun sales from around the country when federal background statistics are published.