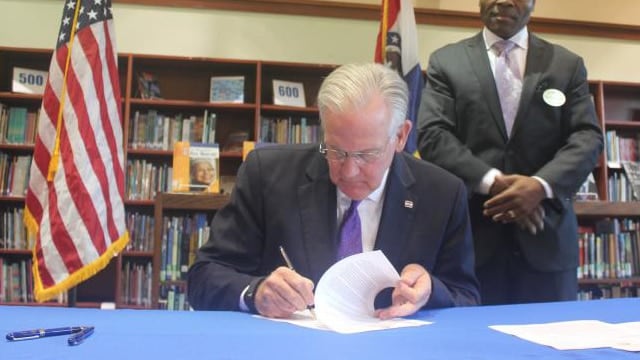 Gov. Jay Nixon vetoed a measure that would have allowed Missourians to carry a concealed firearm without a permit.

“I cannot support the extreme step of throwing out (the permit) process entirely, eliminating sensible protections like background checks and training requirements, and taking away the ability of sheriffs to protect their communities,” Nixon said in a statement, adding that he would be willing to consider ways to improve the licensing process.

He issued the statement alongside a veto letter explaining the reasoning behind the decision. In his letter, he said Senate Bill 656 would have eliminated the need for training, education, a background check and a permit in order to carry a concealed firearm in Missouri.

Also, the bill would undermine the authority of local sheriffs, who are tasked with performing background checks for the permits, to deny a possibly dangerous individual from legally concealing a firearm, he said.

State lawmakers sent the bill to the governor’s desk in May. It passed with overwhelming approval in both the state House and Senate.

In addition to loosening restrictions on carry firearms, the measure would have expanded Missouri’s castle doctrine and stand your ground protections.