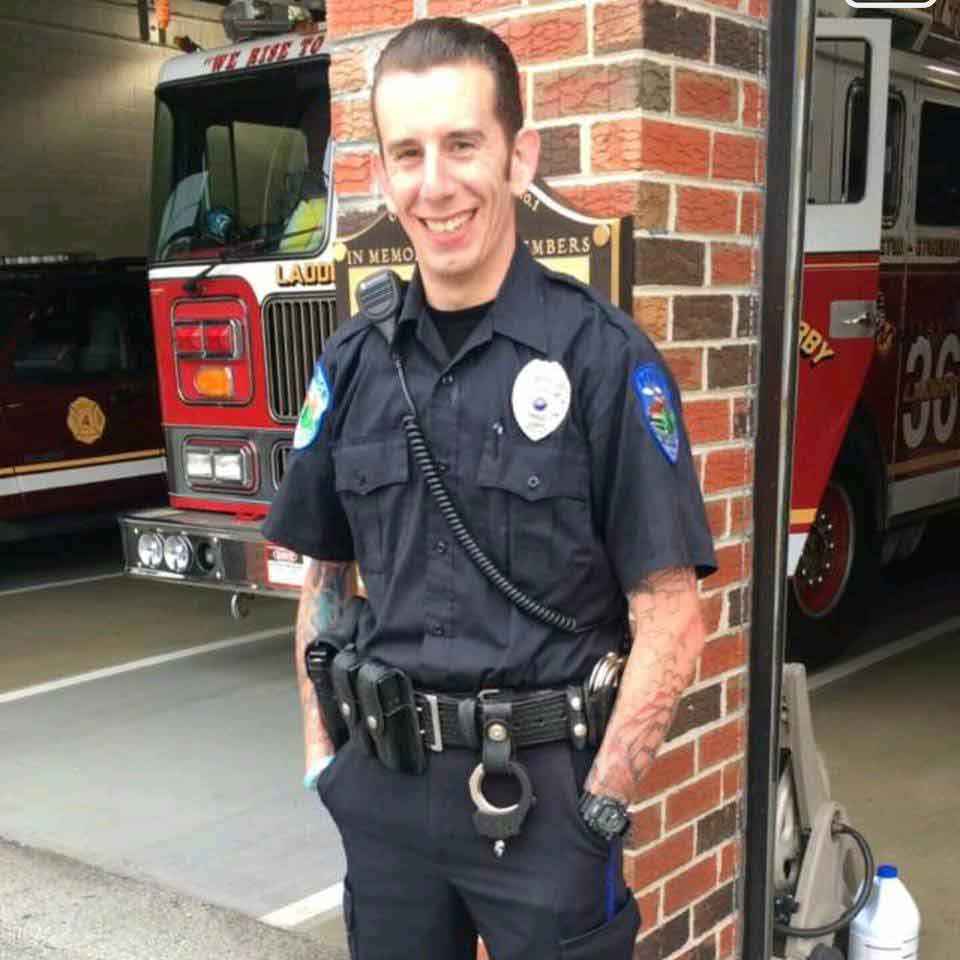 A part-time officer with the Folcroft Borough Police Department in Pennsylvania is on the road to recovery after being shot seven times Friday morning by a man with a long criminal history and who was on parole.

A call about drug-related activity outside of an apartment complex came in to the police station around 10 a.m. Officer Christopher Dorman, 25, who just celebrated his one year anniversary with the department, responded to the call. However, when Dorman approached the suspect, who was later identified as 33-year-old Donte Brooks Island, also known as Abdul Wahi, opened fire on the officer with a .40-caliber handgun.

Additional officers responded after Dorman radioed for help and said he had been shot. Those officers were also met by gunfire from Island, although neither of them were hit. Dorman was struck a total of seven times — four times in the chest and once each in the face, groin and leg.

Island fled from the scene and lost the officers, prompting a three-hour, multi-agency manhunt. Eventually, after an extensive search, Island was found hiding out in an apartment. He was taken into custody, as were several women who were presumably aiding him.

Meanwhile, Dorman was rushed to the hospital where he has thus far made an amazing recovery. Reports say despite his injuries, he was up, walking and talking over the weekend. He is due to be released from the hospital Monday, according to updates from the Folcroft Borough Police Department. Officials credit Dorman’s bulletproof vest for saving his life, while the officer extended gratitude to fellow first responders for keeping him alive.

A Go Fund Me account has been set up to help pay for Officer Dorman’s medical expenses. Donations have topped $28,000 in just over a day. 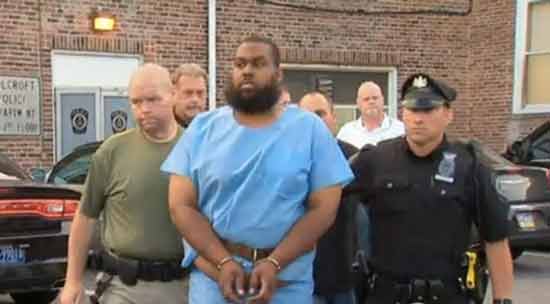 Donte Island is taken into custody after he nearly killed a police officer and tried to shoot two more. (Photo: NBC)

Island was charged with two counts of attempted murder, two counts of aggravated assault and other related counts. He is being held on a $1 million bail.

According to reports by a local NBC affiliate, Island has an extensive criminal history, which includes a conviction for illegal gun possession, for which he served just over nine years, then set free on a three-year supervised release. Island’s supervised release was nearly over at the time of the shooting, however, records indicate he hasn’t reported to his parole officer in nearly a year and has missed five scheduled drug tests.