Blue Angels to return to the skies July 2 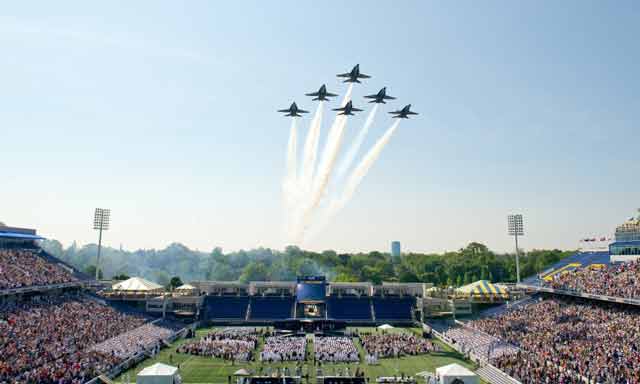 Exactly one month after Blue Angels pilot Marine Capt. Jeff Kuss was killed in a tragic pre-show accident, the Blue Angels will return to their regularly scheduled shows.

In light of the June 2 accident, the acrobatic airplanes took a break, holding off on all of their upcoming performances. They will be back in full force starting Saturday, July 2, at the National Cherry Festival Air Show in Traverse City, Michigan.

Two weeks after the crash, Pensacola residents were surprised with a special treat when the pilots decided to take back to the skies – one man short – for some practice runs, but the crew had otherwise remained grounded.

Naval Air Forces spokesman Steve Fiebing said they will decide on who is to be promoted to the No. 6 spot once held by Capt, Kuss. Speculation is that it may be No. 7 F/A-18 Hornet pilot, Lt. Tyler Davies, who typically narrates the shows, but Navy officials wouldn’t provide comment on that rumor.

Meanwhile, the team, who thanked everyone for their support, will perform a modified five-jet show.

The cause of the crash is still under investigation.