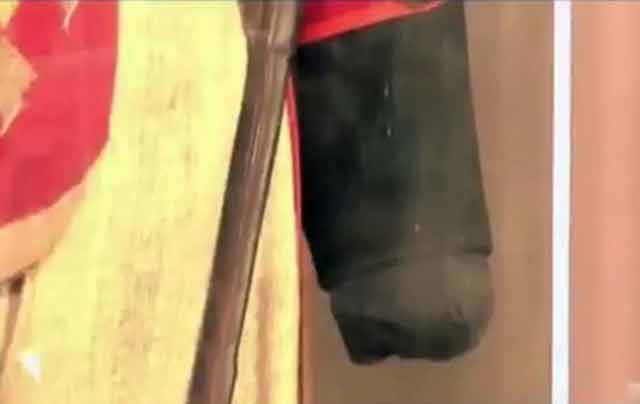 A group of students from a military school in La Paz, Bolivia, cut off the hands of a dummy soldier in their school after they grew tired of the dummy’s late-night attacks, glaring stares, and other scare tactics.

The cadets believed the dummy became possessed with the spirit of their former commander and claimed it moved around the school on its own. During one of the dummy’s recent fiascos, one student reportedly became so terrified that he took a gun and shot the dummy. After that, the group of cadets decided to one up their game.

“We had to make the decision to cut off its hands so it wouldn’t attack us anymore, and we then put it in a glass case so it wouldn’t be able to move either,” explained cadet Moises Borja.

Other students claim they could often hear the sound of footsteps in the hall – presumably those of the possessed dummy and other lingering ghosts. Cadet Edilberto Parra said the school is overrun with evil spirits and voices can be heard when walking down the corridor that holds presidential photos and statues of war heroes. Students also say the possessed dummy has been caught holding weapons, thus the need to chop off its hands.

Reports of the paranormal activity have been investigated, but thus far local officials write it all off as superstition.