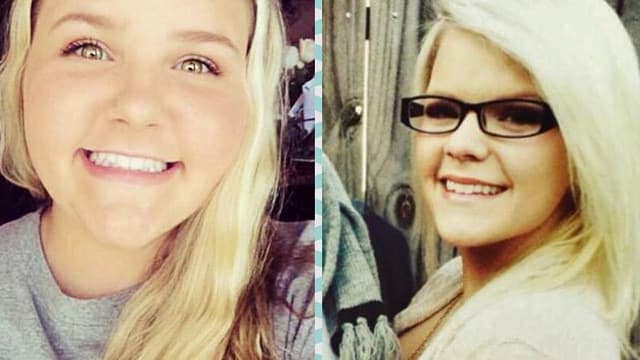 Heartbreaking details have emerged about the incident involving the Texas mother who murdered her own daughters before she was shot and killed by police last week.

Authorities say Christy Sheats, 42, killed her two daughters — Taylor, 22, and Madison, 17 — at their home near Katy, Texas, before her deadly encounter with police on Friday around 5 p.m.

According to the Fort Bend County Sheriff’s Office, Sheats called a “family meeting” that included the two girls and her husband. But the discussion escalated into an argument about marital issues between her and her husband before she held up a gun and shot both of her daughters.

The girls and husband managed to escape through the front door, but Madison, who had been shot once, collapsed and died.

Sheats, following the other daughter, shot Taylor a second time before going back inside the house to reload. When she re-emerged, she shot Taylor once more. Taylor later died at the hospital.

Her husband, Jason, who was not injured, ran to the end of a cul-de-sac. He reportedly called police from a neighbor’s house. It was Jason’s birthday.

A Fort Bend sheriff’s deputy and Fulshear police officer responding to the scene witnessed Sheats shoot one of the girls in the street. She did not obey officer’s demand that she drop her handgun and he fired once, killing her.

The Sheriff’s office said it had responded to 14 calls for service at the home since January 2012. Local media reported some of the calls were for accidental alarm trips, but five of the instances were for medical response. Also, one of the calls, in 2015, was a welfare check because of reports of arguing, but no charges were filed.

Another local news outlet reported Sheats had been staying at a nearby apartment from December 2014 to August 2015 because of her embattled relationship.

Other details about the individuals involved have been largely sourced from social media profiles that while still active are largely restrained.

According to reports, Taylor was to be married on Monday to a boyfriend whom she a relationship with since 2011. After the summer, Madison would be entering her senior year in high school.

On Sheats’ Facebook account, she shared and posted politically right-leaning comments with a steady stream of pro-Constitution, pro-gun, pro-Reagan and anti-Obama messages. “It would be horribly tragic if my ability to protect myself or my family were to be taken away, but that’s exactly what Democrats are determined to do by banning semi-automatic handguns,” she wrote on her Facebook friend’s video.

Authorities are unclear about her motive, but a friend who said she knew the family thinks the girls got caught in the middle of their parents’ marital problems. Sheats wanted to hurt her husband, so she murdered their daughters, the friend told local media.