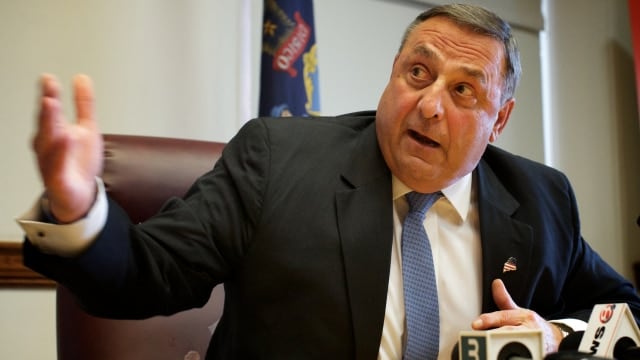 Voters in Maine this November will be asked to answer yes or no on Question 3 concerning expanding background checks on firearms to include most private transfers.

Secretary of State Matthew Dunlap on Monday announced the order of ballot questions with the gun initiative falling behind those to legalize marijuana and increase K-12 taxes and ahead of referendums to increase minimum wage and establish ranked choice voting.

Filed with the office last August, the referendum, if approved by voters, would mandate Brady checks on most gun transfers with the question being:

“Do you want to require background checks prior to the sale or transfer of firearms between individuals not licensed as firearms dealers, with failure to do so punishable by law, and with some exceptions for family members, hunting, self-defense, lawful competitions, and shooting range activity?”

Dunlap’s office gave the go ahead to start collecting signatures in October and a gun control group bankrolled by former New York Mayor Michael Bloomberg coughed over 80,000 signatures in January, though they paid at least $570,000 to a professional canvassing organization to get them. While the Dunlap’s office found more than 18,000 signatures were not valid, backers still had enough to meet the minimum of 61,123 registered Maine voters to proceed.

“While we know that no single law can prevent all gun violence, a ‘Yes’ vote on Question 3 in November will make it harder for dangerous people to get guns,” said David Farmer, campaign manager for Mainers for Responsible Gun Ownership in a statement emailed to Guns.com. “This common-sense proposal respects Maine’s long history of responsible gun ownership and will make our state safer.”

In all, the Bloomberg group has poured over $2 million into Maine to back the measure, dwarfing the $30,366 fed into the state by the National Rifle Association’s Institute of Legislative Action who is urging “Dont’t NYC My Gun Rights.”

Local Second Amendment groups such as the Sportsman’s Alliance of Maine and Gun Owners of Maine are mustering grass roots opposition.

Painting himself as Bloomberg’s rival in the fight is Republican Gov. Paul LePage who dedicated his weekly radio address over the weekend to the subject of the ballot measure.

“Bloomberg’s proposal would make it illegal to sell a firearm to a friend or loan a rifle to a neighbor to go hunting,” said LePage. “To comply with this law, you and your friend would have to go to a licensed dealer during business hours, fill out federal paperwork, undergo an FBI background check and pay a fee before you could let them borrow your firearm. Then you have to go through the whole process again before they could return your gun to you.”

The Governor went on to argue that unmarried people living together and some in blended families likewise could not loan guns among themselves if the measure became law. Further, the state’s chief executive argued the proposal was most likely illegal in the face of Maine’s constitutional protections and the first stop on the path to gun registration.

“The only way to enforce this kind of law is through a universal firearm registration system,” said LePage. “And make no mistake—Bloomberg’s proposal is the first step toward mandatory gun registration.”

Mainers for Responsible Gun Ownership released a point-by-point rebuttal to LePage’s radio address, citing that the ballot referendum that the Governor in 2014 supported just such an initiative and that it does not establish a gun registry.

Question 3 will be on the Nov. 8 general election ballot.