While building a gun at home may appeal to the self-reliant, the Ghost Gunner 2 is also another way for patrons to thumb their nose at government regulators. Referencing language used by a California lawmaker, the machine was designed so laymen could complete “ghost guns,” or unserialized AR rifles, in just a few mouse clicks. The $1,500 set-up includes the mill, mounting jigs, software, instructions and pre-loaded design files.

Although federal law permits unlicensed manufacturing of firearms, unfinished AR lower receivers toe the line. Businesses that sell unfinished lowers, or 80 percent receivers, can do so as long as they’re not pre-drilled, cast or dimpled. However, actually finishing one can be a sensitive issue. 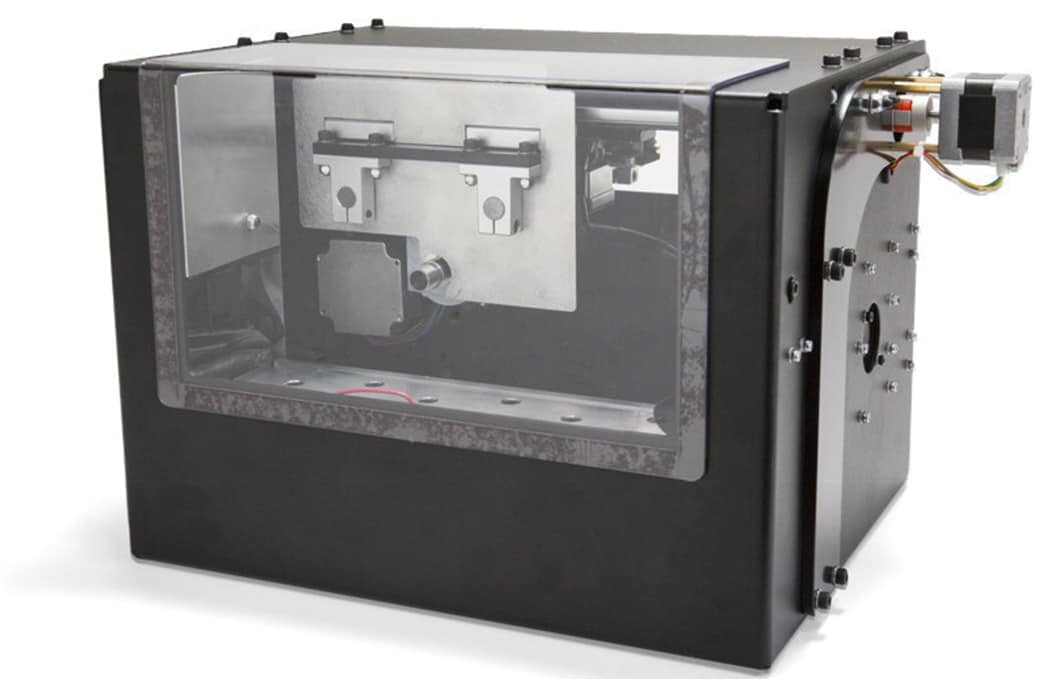 The ATF issued Rul. 2015-1 early last year that said home gunsmiths must use their own tools to manufacture their own firearms.

Because of the revision, “you kind of have to own your own equipment,” said Cody Wilson, founder of Defense Distributed, in a phone interview with Guns.com. He added that the Ghost Gunner 2 brings the building process down to an individual, consumer level.

“We’re using industry standard tools and cutters. You’re basically taking what you want to accomplish from much more expensive machinery and reducing it down and packaging it for specific, limited applications,” he said.

Exclusive to ARs at the moment the future of this tech is in refinements. The company is looking to improve on the design and eventually expand the technology to include other aspects of the gun industry.

“It won’t just be ARs. We think we’ll do rail cutting for 1911’s and 80 percent Sig frames. I think there will be a growing type of menu of things that you can do with this. To the point where the prosumer gun hobbyist will really be looking for one of these six months to a year from now,” Wilson said.

For now, Defense Distributed said it is focused on meeting current demand. So far, the company said it has seen 20 to 30 orders a day have rolled in since the June 21 launch.