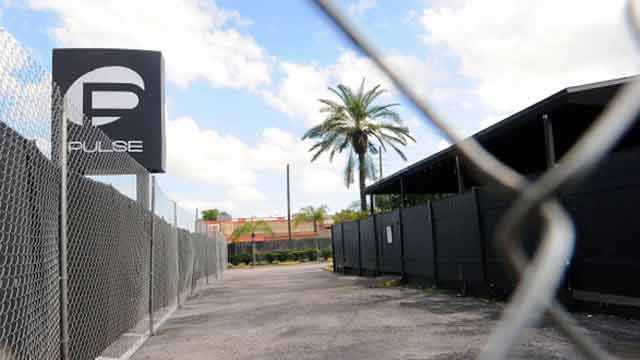 The investigation into the shooting is ongoing and will no doubt be lengthy. (Photo: Getty Images)

In response to a multitude of records requests concerning the Pulse nightclub shooting and in an effort to remain transparent during the investigation, the city of Orlando has released hundreds of pages of documents to the public.

The city noted in a statement that a webpage has been set up to house the public records surrounding the case. The system is designed to expedite distribution of the requests and abide by Florida state law, while continuing to respect the privacy of the victims involved.

Among the records made available Tuesday were the harrowing transcripts of 911 calls, fire inspection records, and text messages concerning the shooting which were exchanged between city officials.

Records show the first 911 call reporting gunshots in the club was received at 2:02 a.m. Soon thereafter a flood of additional calls came in and chaos ensued, much of which was witnessed audibly by 911 dispatchers. Seven minutes after the first 911 call, one dispatcher reported hearing between 20 and 30 gunshots.

As dispatchers continued to hear pleas for help mixed with more gunshots, calls continued pouring in with callers telling the dispatchers where they were hiding. Four minutes after the first 911 call, another caller said she believed the shooter was out of bullets. About a minute later, a dispatcher noted that they had not “heard any gunshots in 30 seconds.” But soon thereafter, the gunshots resumed.

Throughout the course of the phone calls, people can be heard in the background screaming for help.

Six minutes after the first 911 call came in, the first law enforcement team made its way into the building. The shooter, whose identity and motive was still unknown at that point, made his way into the bathroom where a number of people, some already injured, had been hiding. About two minutes later, a dispatcher noted that her caller was no longer responding and that she could only hear moaning.

Just before 2:19 a.m., SWAT was called in by Orlando Police Lt. Scott Smith, who was one of the first responding officers on the scene.

At 2:40 a.m., the shooter called in to 911 and pledged his allegiance to ISIS and 12 minutes later reaffirmed to the operator that he was, in fact, a terrorist. Soon thereafter, he advised that he was strapping bombs to the victims who were inside the bathroom. The shooter then disconnected the call.

The narrative continued between the 911 dispatchers, the victims, families of the victims who were calling on behalf of their loved ones, and law enforcement officials. Meanwhile, a two-hour standoff between the shooter and law enforcement ensued. Finally, the decision was made to breach the bathroom wall from the outside of the facility in order to get to the suspect.

Once the wall was breached, a gunfight between the shooter and law enforcement ensued. At 5:15 a.m., more than three hours after the initial 911 call, a dispatcher noted the subject was down. He was pronounced dead at the scene.

Then came the painstaking process of sweeping the building, getting a body count, and tending to the wounded victims, all of which was recorded through the 911 transcripts.

Altogether, 49 people were killed and another 53 were injured.