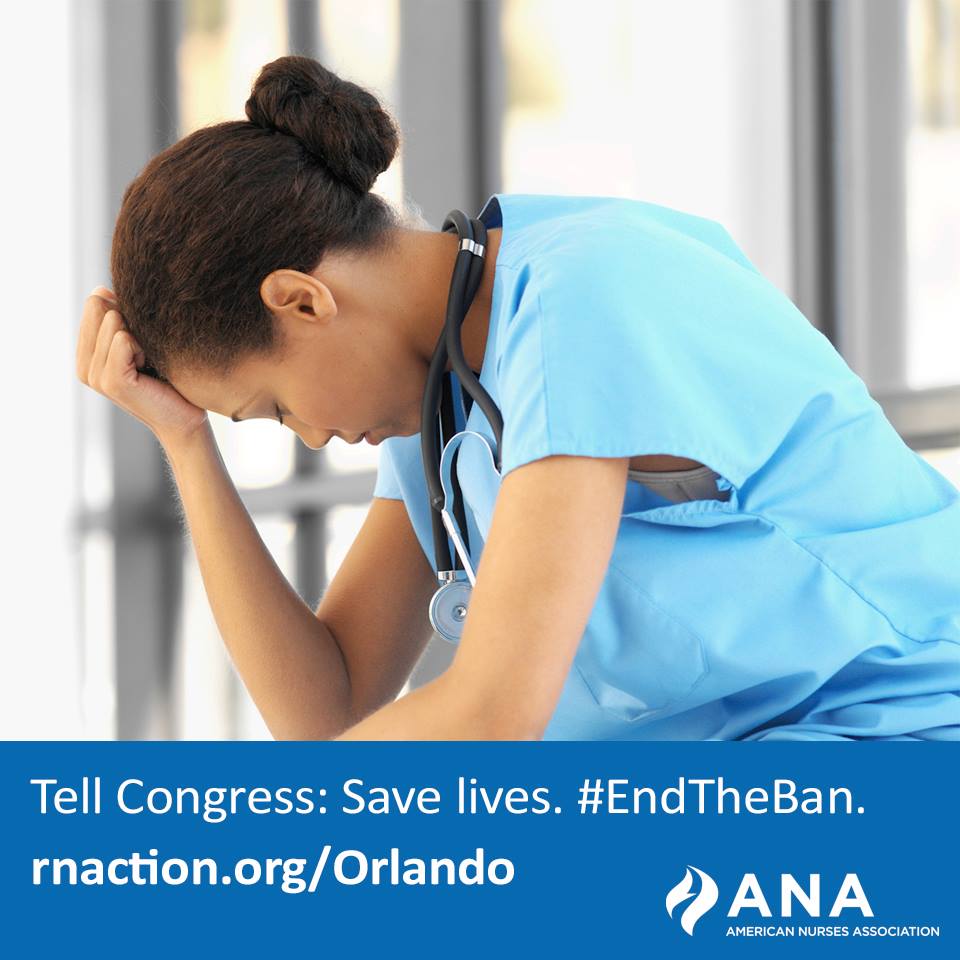 The American Nurses Association is calling on legislators to pass gun legislation amid growing concerns of gun violence.

The group, which represents 3.6 million registered nurses in the U.S, demanded reform after its annual membership assembly in Washington D.C. last week.

“Now is the time to enact meaningful gun control legislation at the state and federal level to protect society,” said ANA President Pamela F. Cipriano in a statement.

The push comes after a shooter killed 49 in the Pulse nightclub attacks in Orlando two weeks ago. The ANA applauded the efforts of the Orlando Regional Medical Center as well as other facilities that provided care in the aftermath of the shooting; but also pointed to the shooting as evidence that guns are now a public health issue.

Alongside a proposal to lift a ban on the Centers for Disease Control’s gun research, the group also brazenly appealed for increased background checks, waiting periods for purchasers and an outright ban on assault weapons.

The ANA is not the first medical agency to back the revival of gun research by the CDC. Some 141 other groups – to include former Surgeons General and the American Medical Association – have fought for refunding.

Former Congressman Jay Dickey, the author of the 1996 budget amendment, has said the measure was aimed against gun control advocacy, not research.

“And it wasn’t necessary that all research stop. It just couldn’t be the collection of data so that they can advocate gun control,” Dickey told NPR. “But for some reason, it just stopped altogether.”

The reason for that abrupt stop, according to some, lays at the feet of the National Rifle Association. The pro-gun group has long supported the ban on research.

Citing a bias against guns, the NRA Institute’s head of Legislative Action, Chris Cox, said the NRA will not support any research efforts.

“Americans should be able to trust an organization that claims its goal is an unbiased approach to public health,” Cox wrote in an editorial. “That’s why the gun control agenda they promoted in the 1990s was so offensive, and that’s why the NRA is firmly against allowing the same agency to pursue the same agenda now.”

It seems the NRA is getting its wish. So far, all four legislative attempts at funding have failed.