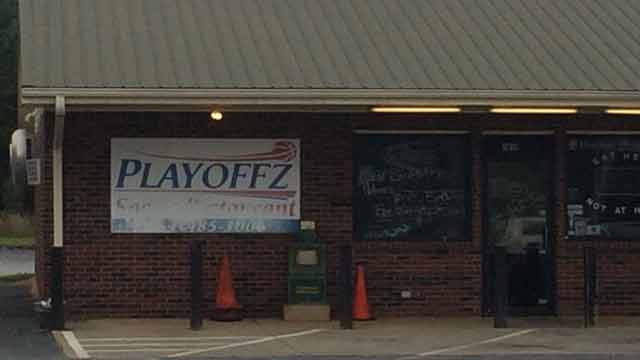 The initial scene outside of the Playoffz nightclub was described as chaotic. (Photo: Fox)

An argument at a Spartanburg County, South Carolina, nightclub early Sunday morning prompted gunfire, but the suspect was quickly stopped by another man who was armed with a gun of his own.

The incident unfolded around 3:30 a.m. at the Playoffz nightclub in Lyman. Police say Jody Ray Thompson, 32, got into an argument with another man at the club, but the argument escalated to violent proportions when Thompson brought a gun into the picture. Witnesses said he fired into a crowd that had gathered outside of the nightclub.

According to Lt. Kevin Bobo, public information officer for the Spartanburg County Sheriff’s Office, Thompson shot three people and attempted to shoot a fourth, but was unsuccessful. However, the fourth person was also armed, pulled out his own weapon and fired a shot, which struck Thompson in the leg and apparently brought Thompson’s shooting spree to a stand still.

“Thompson was still on the scene when deputies arrived, but the initial scene was chaotic,” Bobo said. “It wasn’t until victims and witnesses were interviewed, and video from the scene was reviewed that Thompson was identified as the suspect.” 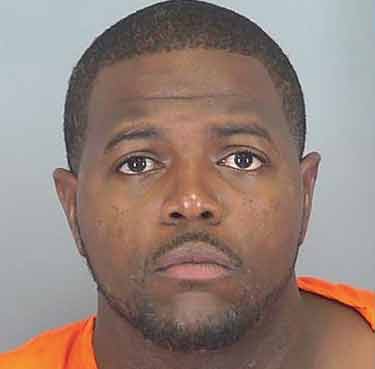 Thompson was transported for medical treatment, then promptly booked into the Spartanburg County Detention Center just before 9 a.m., according to jail records. He was charged with four counts of attempted murder, unlawful carrying of a pistol, and possession of a weapon during a violent crime. He is currently being held without bond.

Bobo said the armed citizen possessed a valid concealed weapons permit and was carrying the gun legally. He also added the man acted in self-defense and would not face any charges.

Renada Shantrice Irby, 34, was one of gunshot victims. She spoke with reporters via telephone the day after the shooting and described the incident in detail. Her current condition is not known, but at the time of the telephone interview, she still had a bullet lodged in her pelvis. She said doctors were trying to determine the best way to safely remove it.