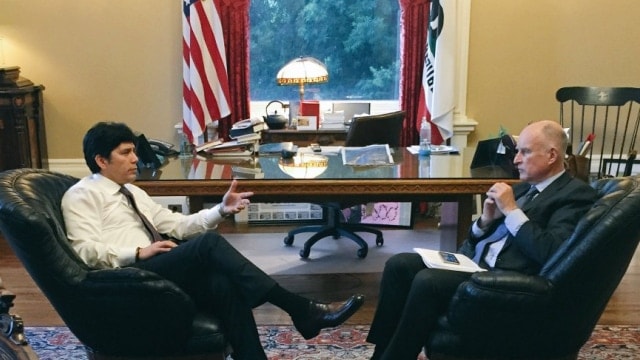 The proposals, marched through both the Senate and Assembly by Senate President Pro Tem Kevin de León include a number of measures crafted from gutted and amended zombie bills left behind by the resignation of a fellow Democrat.

All passed in robust party-line votes as De León, is locked in race to deliver his package to the governor’s desk before Newsom’s Safety for All voter referendum is decided in November.

Among the most spirited debate came on SB 1235, De Leon’s own proposal for the licensing and registration of ammunition sales, which GOP lawmakers termed “the worst of the bunch.”

Calling ammunition the “fuel that feeds the violence,” De Leon painted a grizzly picture of recent terror attack in Orlando that left 49 dead saying, “The killer sprayed that nightclub with bullets,” and asking, “How much more blood will it take?” as he made an impassioned plea in the Senate for his measure.

“We want to be that beacon of hope for the rest of the country,” said De Leon, urging action by lawmakers is needed to “Not take the risk at the ballot box.”

Assembly members Brian Jones and Donald P. Wagner (R) each appealed vehemently the decision to proceed with a vote on the measure lodging a series of parliamentary inquiries on how the bill aimed to modify the upcoming ballot initiative by Lt. Gov. Gavin Newsom.

“We are acting illegally and in violation of the election code,” warned Wagner. 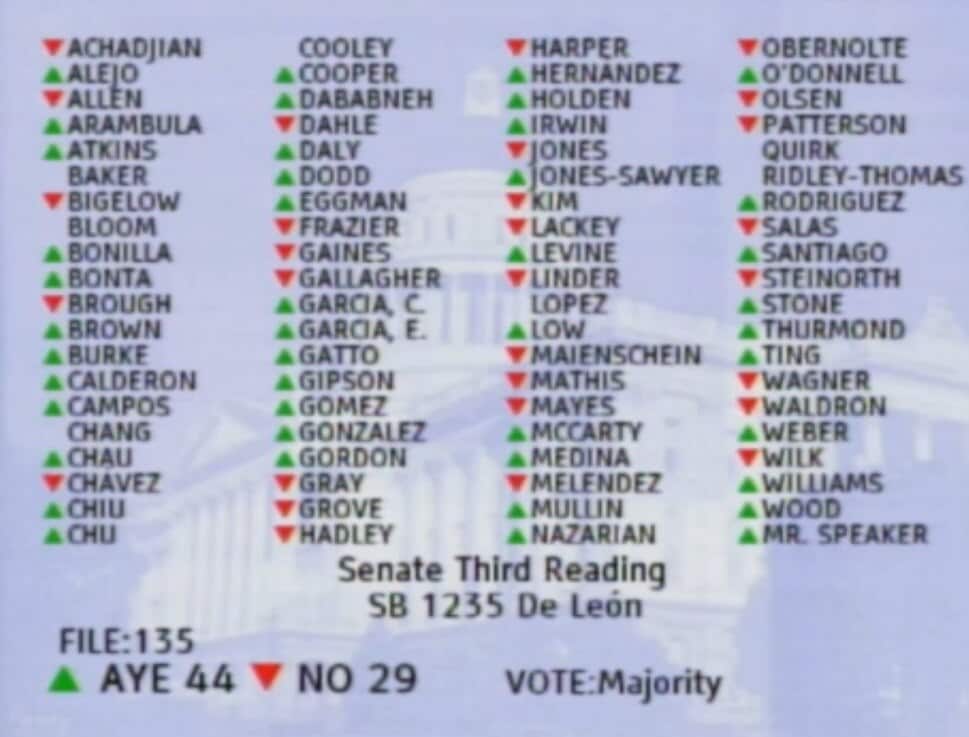 The closest vote of the day was Assembly passage of De Leon’s ammo tracking bill, which passed by the minimum vote.

Assemblymember Marie Waldron (R) further argued that the proposed record keeping under the bill would have no impact on criminals or terrorists, saying, “I know for a fact ISIS is not going to have their information registered by the Department.”

Needing 44 ayes to pass the chamber, it squeaked by after an initial stall with the minimum 44-29 vote with a request for no vote changes entertained before going on to final approval after debate in the Senate.

The rest of the baker’s dozen approved bills include:

AB-857/1673, which would change the definition of a firearm under California law to include, “an unfinished frame or receiver that can be readily converted to the functional condition of a finished frame or receiver.” Such raw components would have to be regulated in the state just like other guns including having a serial number registered with the Department of Justice, transferred through a licensed dealer, and fall under DROS fee schedules and waiting periods for first-time buyers.

AB-1135/SB 880 aims to revise the definition of “assault weapon” to mean any semiautomatic centerfire rifle, or a semiautomatic pistol that does not have a fixed magazine but has any one of those specified attributes. As such, it goes after the long misunderstood “bullet button” by mandating guns with a fixed magazine would have to be disassembled to remove the magazine.

AB 2607 would allow an employer, a coworker, a mental health worker who has seen a person as a patient in the prior six months, or an employee of a secondary or post-secondary school that the person has attended in the last six months, to petition the court for a GVRO. Under current law, only an immediate family member or a law enforcement officer may do so.

SB 1407 is a reboot of De Leon’s infamous ghost gun legislation of 2014 that was vetoed by Gov. Brown. It would require a California Department of Justice Bureau of Firearms background check and authorization before assembling a firearm in the home of a state resident, which in turn would have to have a serial number.

SB 1446 would revise the state’s definition of a high capacity magazine to forbid those capable of holding more than 10 rounds of ammunition, including grandfathered magazines.

Second Amendment advocates, who campaigned against the package at every turn, advised Guns.com the legislative process this session was surreal.

“While this may sound like a cold-war era memoir of living behind the iron curtain, it isn’t. This is California, year 2016,” Craig DeLuz, director of public and legislative affairs for Firearms Policy Coalition, told Guns.com.

The FPC holds that De Leon’s package would create new criminal liabilities affecting millions of law-abiding residents and visitors, cost tens of millions of dollars, and chill the fundamental rights of all Californians.

“The Legislature’s manic attack on law-abiding gun owners, democracy, and the legislative process jeopardizes not only civil rights but public respect for the law and our governmental institutions,” said DeLuz.

As such, the group and others hope that Gov. Brown could break out his veto pen and eliminate some of the more onerous proposals, many of which he has already rejected in the past.

Brown, like lawmakers set to begin a month-long vacation Friday, could act on the legislation this week.