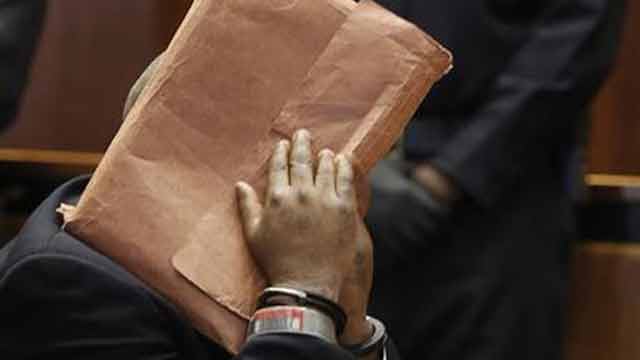 A 45-year-old career criminal who savagely beat a woman after breaking into her Millburn, New Jersey, home three years ago has been sentenced to life in prison.

On the morning of June 21, 2013, the woman’s 18-month-old child was asleep in a crib upstairs in her home. The woman, who has remained anonymous, was downstairs with her then 3-year-old daughter. The little girl was sitting on the sofa, watching TV, as her mother prepared breakfast, but in an instant, their entire world was turned upside down.

A man, who was later identified as Shawn Custis, broke into the woman’s home and confronted her in the living room, just feet from her daughter. A nanny cam set up in the room captured the entire incident, which, although must have felt like an eternity, only lasted a few minutes. 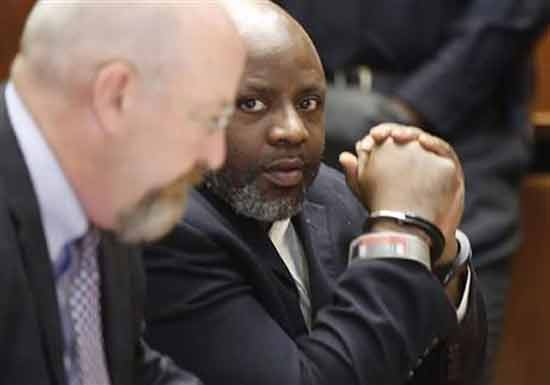 …But photographers got it anyway. (Photo: Robert Sciarrino/NJ Advance Media via AP, Pool)

The painstaking video shows Custis violently throw the woman to the ground, choke her, and repeatedly hit and kick her with such force that it moved her body across the floor. The terrified toddler sat on the sofa, clutching a blanket as her mother was brutally beaten.

Initially, the woman’s gut-wrenching screams could be heard on the video, but then there was an eery, heart-pounding silence. The woman later told reporters why she suddenly became dead silent.

“I knew that if I started screaming, my daughter would too, and I was afraid she would get hurt. I took it. I didn’t cry the entire time,” the young mother explained under anonymity.

Eventually, Custis threw the woman down a flight of stairs into the basement and made his way through the house gathering valuables.

Capt. Michael Palardy of the Millburn Police Department said in his 25 years with the force, the assault was one of the most brutal things he had ever seen. Palardy said Custis did not belong in society and needed to be locked up with the key thrown away.

Custis got away, but thanks to the mother’s nanny cam, images of him were shared across the internet. Exactly one week after the attack, thanks to tips to law enforcement, Custis was apprehended in Manhattan.

On June 1, Custis was convicted of aggravated assault, child endangerment, robbery, burglary, criminal restraint, and theft, but he was acquitted on the attempted murder charge, the Associated Press reported. 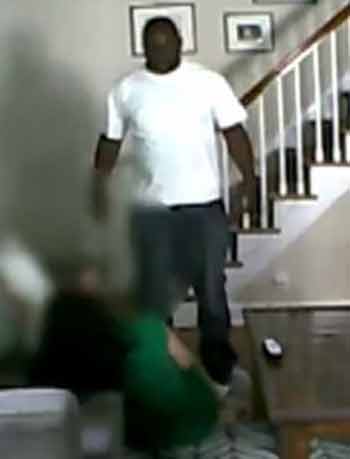 The brutality of Custis’ actions left many feeling heartbroken for the mother but also prompted a massive manhunt.

Nonetheless, prosecutors pointed to his extensive and violent criminal history, which included 38 arrests and 17 felony convictions, all before the brutal 2013 attack on the mother. Prosecutors also noted that Custis was convicted of a similarly violent home invasion attack that occurred in the 90s.

“Half-measures of leniency haven’t worked to deter this defendant,” Assistant Essex County Prosecutor Jamel Semper told the judge. “He has almost as many arrests as he’s had birthdays.”

Ultimately, the judge agreed with prosecutors and handed down the life sentence to Custis, who the judge called “vicious, depraved and evil.”

In addition to the life sentence, Custis was also given five years for the child endangerment conviction. It will be more than 60 years before the 45-year-old career criminal will be eligible for parole.