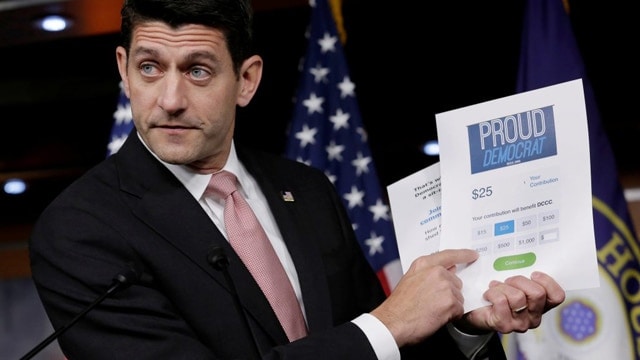 The House will vote after the Fourth of July recess on a measure to keep guns out of the hands of people on government terrorist watchlists, according to reports.

The vote comes after Democrats staged a 25-hour sit-in on the House floor to push for legislative action in the wake of the country’s deadliest mass shooting.

Investigators are still looking to see if the suspect who attacked a gay nightclub in Orlando may had ties to terror groups overseas. However, it’s unclear if previous behavior, which merited an FBI investigation, would have put him on any watchlist.

The GOP-backed legislation will be introduced as part of a terrorism package that will include a provision to prevent gun sales to anyone on the government’s “No Fly List” for terrorism suspects or the “Selectee List” for extra airport screening.

The package will also include a measure that would give law enforcement three days to decide whether a gun sale should be blocked. Similar ideas have been advocated by the National Rifle Association.

Democrats and gun control advocates argue the three-day measure is not enough time for law enforcement to persuade a court that the would-be buyer has committed or plans to commit an act of terrorism before it could block a gun sale.

The U.S. Senate voted on four similar measures — two by Democrats and two by Republicans — in June, but they failed to gain enough votes to advance.