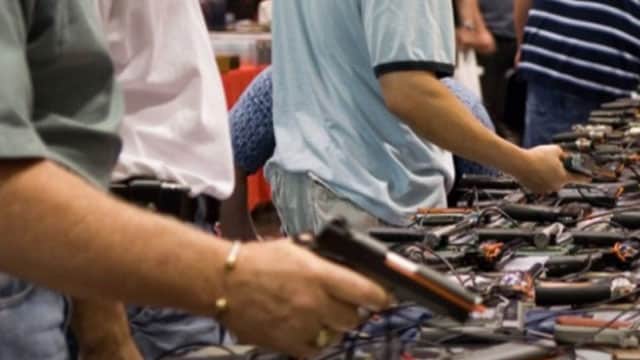 Grabby hands and a table full of guns.

A number of recent media outlets have discussed a decline in gun ownership, but a pro-gun research center has raised issues with the findings.

The Crime Prevention Research Center, founded by economist Dr. John Lott, raised concerns about the findings in the General Social Survey, which has been widely cited as showing gun ownership declining since the 1970s. The most recent GSS shows gun ownership dropping from 47.6 percent in 1974 to 32.4 percent in 2014.

In June, CPRC updated an article about problems with the survey because the drop is not consistent in other polls. The organization listed other surveys showing gun ownership more or less consistent over the years and more recent findings putting it at a slightly higher and steadier rate. 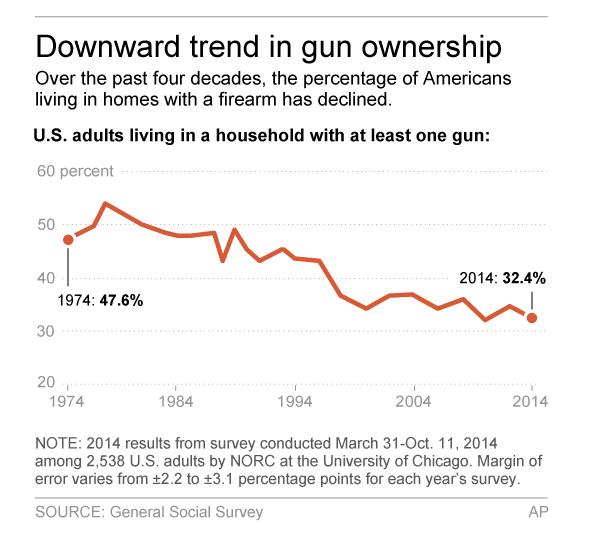 Gallup has also documented gun ownership for several decades. For having a gun in the home or elsewhere on property, 50 percent of Americans said they had a gun in 1991 and 47 percent said they did in 2011. The highest point being 54 percent in 1994 and lowest at 40 percent in both 1996 and 2004.

In January, a CNN poll showed 40 percent of Americans said there is a gun in the house. Then the most recent to show fewer gun owners, a CBS News poll published last month, found 36 percent of those surveyed said they do own a gun.

However, six percent of respondents in the CBS News poll either didn’t know or declined to answer the question about gun ownership. This, combined with a margin of error of plus or minus four percentage points, could put the answer somewhere between 32 and 49 percent.

As for the widely cited GSS — known for a vast sample size, decades of coverage, and thoroughness — CPRC suggested it may lean to politically left when it comes to the issue of gun control.

According to the CPRC post, Lott wrote in his 2003 book The Bias Against Guns about a lunch he had with Tom Smith, director of the National Opinion Research Center, which conducts the GSS.

“(Smith) felt the large drop in gun ownership implied by his survey would ‘make it easier for politicians to do the right thing on guns’ and pass more restrictive regulations,” Lott wrote.

Though CPRC gave no direct rebuttal to the data itself, the organization urged readers to follow the trail of political influence in the GSS. Smith has received funds from the Joyce Foundation, which supplies millions of dollars per year to local and national influencers working for gun control.

While being clear that Smith receives no Joyce Foundation money for the GSS, readers are asked to keep this relationship history in mind when viewing the data.

CPRC is a nonprofit founded and directed by Lott, author of More Guns, Less Crime. Although the organization said it does not receive funding from pro-gun groups, CPRC’s board of directors includes vocal Second Amendment advocate and National Rifle Association board member Ted Nugent and Milwaukee Sheriff David Clarke, who regularly provides commentary for the NRA and conservative media.