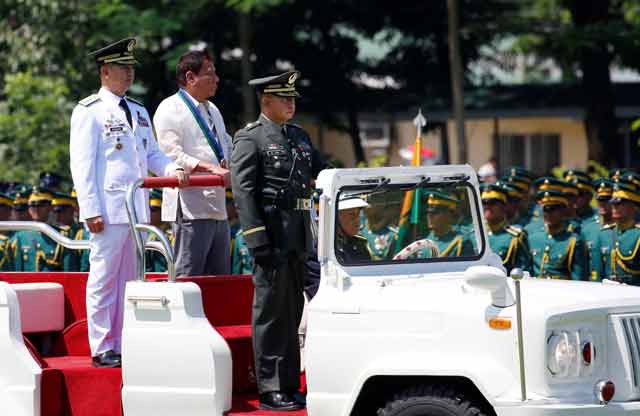 The recently elected Filipino president made headlines last month when he openly encouraged residents to shoot drug dealers, and now, President Rodrigo Duterte has made another unconventional move by publicly naming five top officials who he claims are protecting the drug trade.

Duterte officially took office last week and, since then, 30 drug dealers have already been killed. But in a televised speech Tuesday, Duterte, who has been called “The Executioner” and “The Punisher,” said it’s time for a crackdown. The speech reiterated a pre-election promise to put an end to the gangs and drug-related crime that has plagued the country, and doesn’t appear to be backing down from what he rightly labeled “a dirty fight.”

“As public authority, mine and mine alone, I assume full legal responsibility for it,” Duterte said of the fight.

During the speech, Duterte named five top officials whom he accused of contributing to the “deterioration of law and order” by protecting those involved in the drug industry. The outed officials included three retired general, a mayor and two police officers, who were immediately placed on leave.

“The criminals have hijacked, they have taken over the public streets and public places,” he said. “We have to remove that fear. Let us transfer that fear in the hearts of the criminals.”