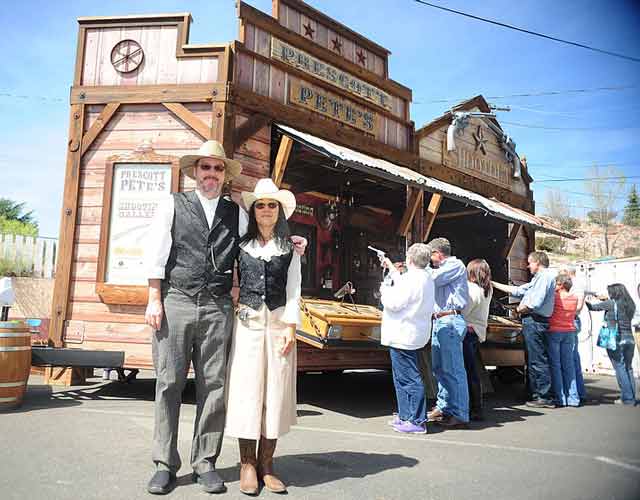 While about 50 different vendors participated in the annual Independence Day celebration
known as the Fabulous Phoenix 4th, Pete and Valerie Fowler were told their Wild West-themed shooting game had no place in the family friendly event.

“Everyone agreed that you have a great exhibit, but the City of Phoenix is very conscious about the perception of violence given the current climate,” the rejection letter noted.

The Fowlers followed all of the proper steps of the application process, but their application was still rejected and they were told Prescott Pete’s Highfalutin Shooting Gallery was simply not appropriate.

“It’s a pretty straight forward decision that this committee made,” said Gregg Bach, public information officer for the City of Phoenix Parks and Recreation Department. “The planning committee was not comfortable with an exhibit/game that presented guns in a fun or glorified way.”

The Fowlers said it was just another example of government overreach, but they never expected to encounter such resistance in Arizona. Pete said they even tried to show the historical significance of the game, but it was all to no avail.

“We supplied enough reference material for them to see that we’re not shooting people or glorifying it, it’s just a fun amusement,” Pete said, “but apparently, a historically correct shooting gallery is promoting violence.”