Americans turn to training after Orlando 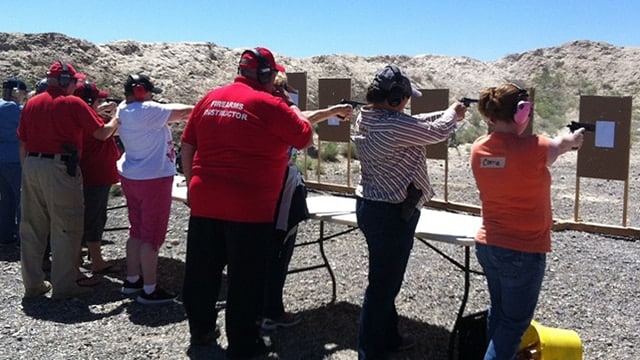 Applications for concealed carry permits are on the upswing as more gun supporters turn to training to ward off mass shootings.

Recently released data from the FBI’s National Criminal Background Check System shows the agency processed over 963,000 permits nationwide in June. That figure represents 331,000 more requests than the previous month. Florida, nicknamed “The Gunshine State,” reported a 76 percent increase in the number of distributed permits during that same time frame.

“A lot of people, they consider that their wake-up call,” Helms told The Orlando Sentinel.

Florida isn’t the only state feeling the surge. Ohio now has over a half-million concealed carry permit holders and applications continue pouring in. Sheriff’s Deputy Christina Neading of the Stark County department said the push is largely driven by emotion.

“One gentleman said to me, ‘The terrorists are already here,” Neading told local news. “A lot of it is fear-driven and a lot of people just want to be protected.”

Facilitating that sense of security is the National Rifle Association. Aside from lobbying for fewer restrictions and more guns, the powerhouse heavily promotes their branded training and education.

NRA spokeswoman Catherine Mortensen told Guns.com in a phone interview that one of the group’s most prominent offerings has seen an uptick in enrollment. The Basics of Pistol Shooting, a blended learning experience, meshes online instruction with live-fire drills.

Mortensen said the organization tracked this course post-Orlando and noted a 27 percent increase in new students.

“The class qualifies in most states towards CCW permits,” Mortensen said. “It’s a popular class for first-timers and those entering into self-defense.”

Students locate and sign-up for courses using the NRA Instructor Portal. Mortensen said even this area has seen more action lately, receiving a 21 percent bump in traffic in the past three weeks.

Amanda Potts, a single mother, told Guns.com she’s been researching NRA courses and instructors near her hometown in Tennessee.

“The increasing incidents, such as the nightclub shooting, make me more anxious for my safety and my son’s,” Potts said. “I want to be able to protect us should a similar situation arise.”

A similar situation occurred in one South Carolina nightclub last week when a gunman fired into a crowd. The gunman was quickly stopped by another man with a licensed concealed weapon.