Over a five-day period recently, U.S. Customs and Border Protection officers working the Nogales crossing in Arizona stopped two different sets of guns and ammo heading south of the border.

On June 29, officers ordered a 24-year-old Nogales man headed into Old Mexico to pull over for a secondary inspection of a Volkswagen sports wagon. They found hidden beneath clothing two Bushmaster AR-15 “tactical rifles,” seven assorted magazines, and 2,000 rounds of ammunition that, from the images released, show to be Red Army Standard (which doesn’t even make 5.56) and Golden Tiger import stuff. 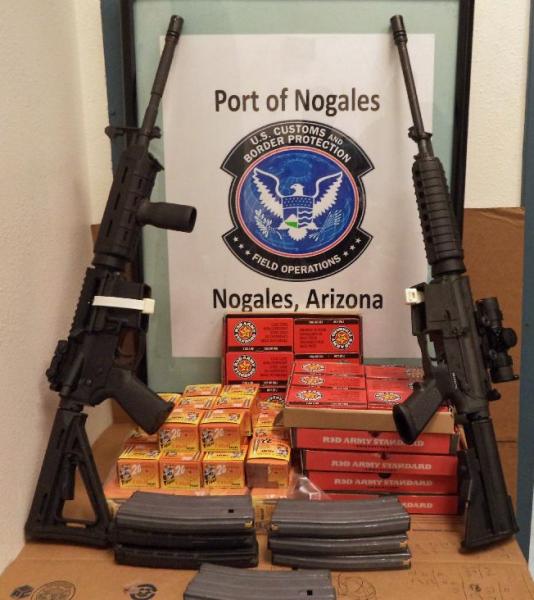 Then on July 4th, CBP stopped a 22-year-old Nogales woman at the Nogales West Mariposa crossing and found “10,000 rounds of tactical ammunition in the vehicle’s trunk.”

Hey at least it is Wolf Gold with the brass case, for when you need it Fast* 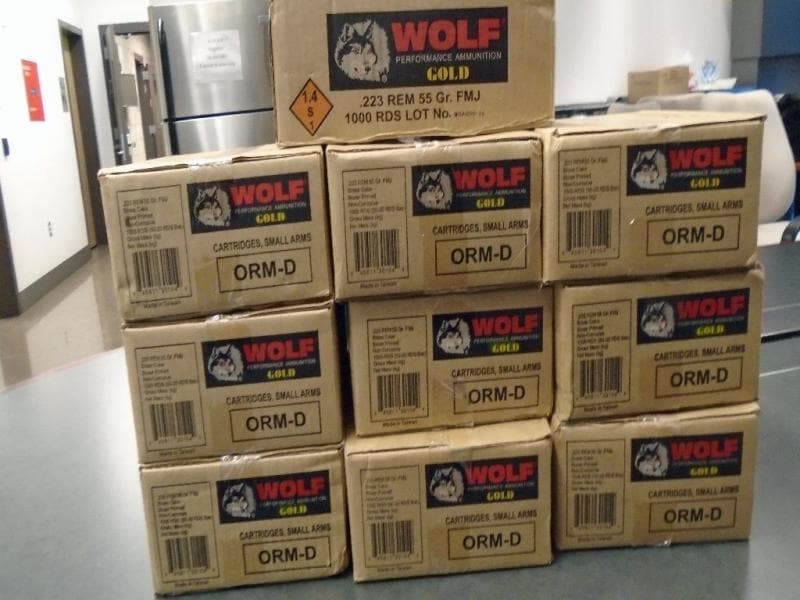 *Fast and Furious reference in before the first comment!