Gun control groups: Dallas ambush 'brought to us by the NRA' 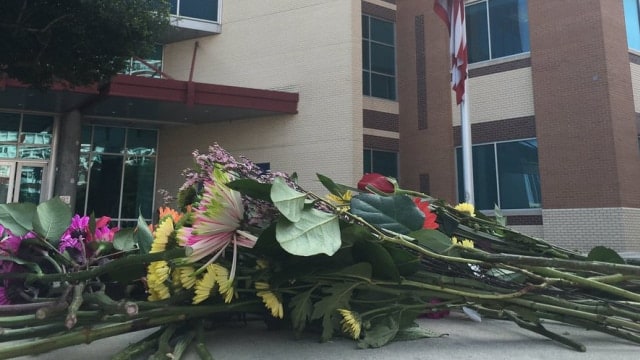 At least 13 police officers and bystanders were shot, five fatally, Thursday night in Dallas during what authorities are saying was an ambush aimed at law enforcement. (Photo: Dallas Police)

The aftermath of Thursday night’s attack on police that left five dead resulted in a flood of early calls Friday by groups blasting America’s “unfettered access to guns” and armor-piercing ammunition.

All told, at least 11 officers and two civilians were shot near Main Street in Dallas during a protest against police killings following the deaths of Alton Sterling and Philando Castile this week.

Before to the killer’s identity had been released and prior to all of the facts of the investigation becoming known, many were already beginning a conversation about the firearms used.

U.S. Attorney Gen. Loretta Lynch said as part of her remarks Friday that the entire Department of Justice – including the FBI, ATF, U.S. Marshals Service and U.S. Attorney’s Office – are working together to provide assistance in the aftermath of the attack and promised that, while violence is not the answer, action to include building trust between communities and law enforcement and a look at taking guns out of the hands of those intent to create havoc is.

“We must take a hard look at the ease with which wrongdoers can get their hands on deadly weapons and the frequency with which they use them,” said Lynch.

The Attorney General’s words were echoed across the ocean, where President Obama was involved in a trip to Poland but stopped to speak on the Dallas shooting.

“When people are armed with powerful weapons, unfortunately it makes attacks like these more deadly and tragic,” said Obama. “In the days ahead we’re going to have to consider those realities.”

Those realities, as framed by gun control advocates, stem from the ever-present danger of weapons and ammunition available to the public.

“One thing that I know for sure and that is this: The ubiquitous presence of firearms in our society, brought to us by the NRA, is a disaster,” Josh Horwitz, the executive director of the Coalition to Stop Gun Violence, said in a statement emailed to Guns.com.

Horwitz went on blast what he described as the role of the gun lobby in perpetuating the “cultural climate of circular fear in which guns, including highly lethal assault weapons” are present in the country.

Violence Policy Center Executive Director Josh Sugarmann agreed, saying, “Responsibility for this lethal assault falls directly at the feet of the gun industry, which designs, markets, and sells the military-bred weapons necessary for such attacks. They must finally be held accountable.”

Everytown President John Feinblatt, in a separate statement, made a similar point, saying, “This shooting was a cruel and violent attack on law enforcement, who fell victim to our nation’s culture of violence and unfettered access to guns.”

The way ahead, expounded another advocate, was immediate action by Washington, not only on racism, but also on what they term a common denominator in all shootings.

“Rather than merely holding moments of silences on the Congressional floor after these shootings, Congress must act to end discrimination, ensure guns do not get in the hands of dangerous people and ban weapons of war with ammunition that can pierce law enforcement body armors,” said Po Murray, chair of the Newtown Action Alliance in an email to Guns.com.