OH professor under investigation after ‘joking’ about storming NRA HQ, leaving ‘no survivors’ 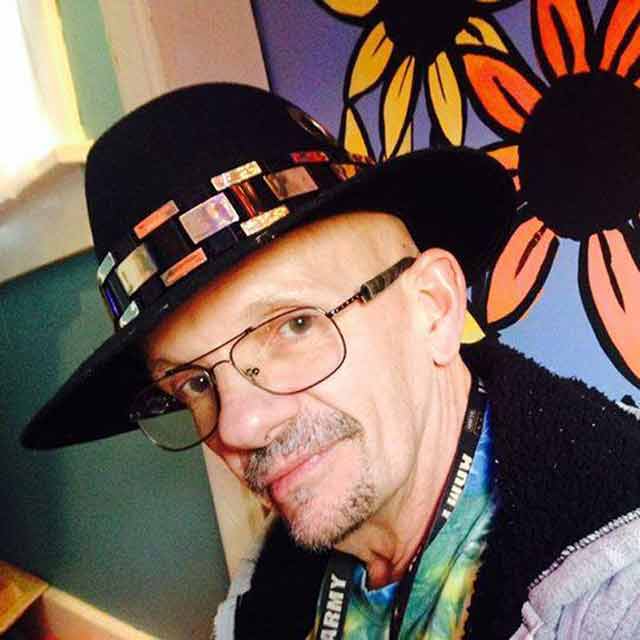 A professor at the Southern State Community College in Ohio is under investigation after posting on social media about shooting up the headquarters of the National Rifle Association.

“Look, there’s only one solution,” James Pearce explained in the post. “A bunch of us anti-gun types are going to have to arm ourselves, storm the NRA headquarters in Fairfax, VA, and make sure there are no survivors. This action might also require coordinated hits at remote sites, like Washington lobbyists. Then and only then will we see some legislative action on assault weapons.”

Pearce said it would be a “piece of cake” to pull off with a “fully automatic, fifty calibre.”

While some agreed with his reasoning, others were appalled at the post, and still others, including an attorney, warned the professor that he should be careful about tossing such words around. Others indicated the post was a blatant threat, but Pearce was quick to defend his words and brushed it all off as merely a joke.

“It was a something called a ‘joke.’ Ever heard of them?” Pearce poked at the scoffer. “They’re supposed to be funny, but they presuppose the existence of a sense of humor, something that seems to have died in today’s polarized environment.”

After a bit of back and forth, the scoffer replied with, “It is disappointing that a supposed adjunct professor can’t do better than to simply toss insults and pretend he was ‘joking.’”

Nonetheless, a concerned student brought the post to the attention of local authorities. The complaint has gone from the Hillsboro Police Department to the Highland County Sheriff’s Office, since the post was created within the county’s jurisdiction. And now, the statement is under investigation by the Ohio Attorney General. 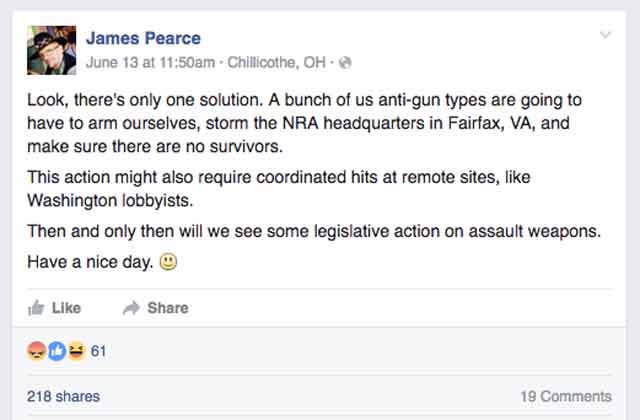