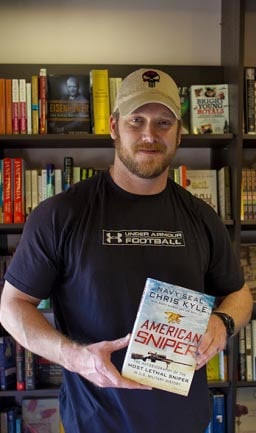 Late Navy SEAL and “American Sniper” author Chris Kyle had fewer awards than he had claimed in his best-selling memoir.

Following an investigation Friday, the Navy re-issued Kyle’s DD-214 discharge paperwork to accurately reflect his accolades and it showed three fewer medals than in the original document and his book. The revisions removed a Silver Star and two Bronze Star with combat valor.

The Navy launched the probe into his medal count in May following a report by The Intercept that identified discrepancies in his claims. The online magazine found issues after reviewing his service record, obtained through a Freedom of Information Act request.

“Specifically, the DD 214 did not accurately reflect the decorations and awards to which Kyle was officially entitled,” Rockwellpate said. “After notifying his family of the error, the Navy issued a corrected copy of the DD 214, which accurately reflects Kyle’s years of honorable and extraordinary Navy service.”

The findings are in line with other embellishments tied to Kyle, whose memoir sold more than 1.2 million copies and movie adaptation grossed more than $350 million at the U.S. box office.

Before he died, Kyle was the subject of a defamation suit filed by former Minnesota governor and professional wrestler Jesse Ventura. In his book, Kyle claimed he punched out a man later identified as Ventura for making disparaging statements about Navy SEALS. A jury awarded Ventura $1.8 million in damages in 2015, however, an appellate judge vacated the ruling last month.

Kyle told D Magazine, a Dallas-based publication, that he had killed two armed men trying to carjack him at a gas station after he returned home from Iraq in 2009. But reporters have been unable to corroborate the details as authorities and others in the area have no record of the incident.

An article by The New Yorker described events following a panel discussion in which Kyle participated. Those at the dinner afterward said Kyle told them he and another sniper traveled to New Orleans during the chaos of Hurricane Katrina. There, they picked off 30 armed looters. However, the military, authorities and media have not confirmed the story.

Kyle was murdered at the age of 38 alongside his friend Chad Littlefield, 35, on Feb. 2, 2013, by a troubled veteran they were trying to help.