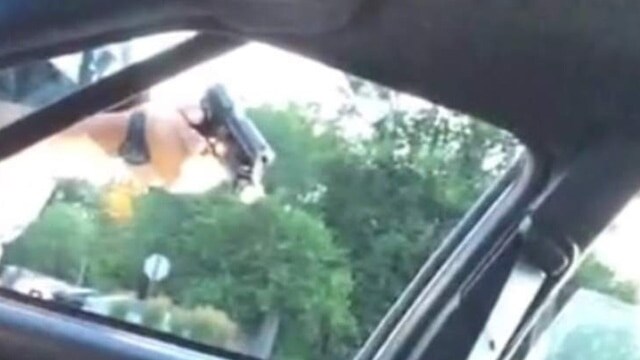 The aftermath of the shooting of Minneapolis resident Philando Castile was live streamed on social media by his fiancée. (Photo: Facebook)

The Minnesota police officer who fatally shot a black man in a Minneapolis suburb earlier this week spoke out through his attorney Saturday saying that the shooting had nothing to do with race.

The officer, identified as Jeronimo Yanez, shot and killed Philando Castile Wednesday during a routine traffic stop. Castile and his fiancée, Diamond “Lavish” Reynolds, were pulled over for an alleged busted taillight.

Authorities told the Associated Press that Yanez approached the vehicle from the driver’s side while his partner, Officer Joseph Kauser, came around the passenger side. Yanez eventually opened fire, striking Castile multiple times.

Minnesota attorney Thomas Kelly was mum on the exact reason why Yanez shot Castile, simply telling AP the Latino officer reacted to “the presence of that gun and the display of that gun.” Kelly went on to say that the officer, who was placed on administrative leave after the event, is distraught and saddened.

The story made headline news after Reynolds live streamed the aftermath of the shooting on social media site Facebook. In the video, Reynolds narrates the scene, stating that the officer shot her fiancé as he was reaching for his wallet.

Castile was carrying a firearm at the time of the shooting, but Reynolds insisted he was legally licensed to do so.

“He let the officer know that he had a firearm and he was reaching for his wallet, and the officer just shot him in the arm,” Reynolds said in the Facebook video.

The shooting sparked mass protests around the U.S. as African-Americans were still reeling from the death of Baton Rouge resident Alton Sterling. Sterling was shot and killed by Louisiana authorities at a convenience store on Tuesday.

One of those protests, held in downtown Dallas, turned deadly when a sniper targeted police officers, fatally shooting five and injuring 11 others. Dallas Police Chief David Brown told reporters at a press conference on Friday that the gunman targeted white officers as a response to the deaths of Sterling and Castile.

“He said he was upset about recent police shootings,” Brown said. “The suspect said that he wanted to kill white people, especially white officers.”