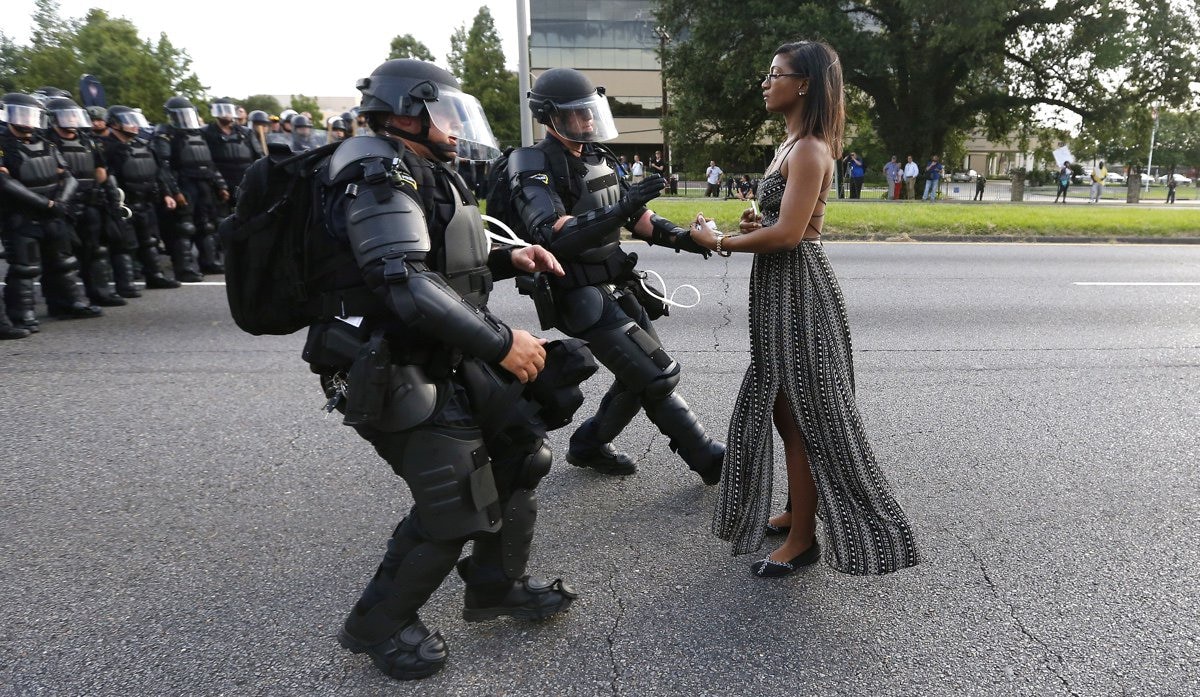 An ambush-style attack on police at a protest in Dallas and the department’s use of a robot to kill the man who targeted them has renewed a debate on the use of military tactics for local police departments.

The decision to use an unmanned device armed with explosives to end the standoff between Dallas police and the gunman came as a result of hours-long negotiations that ultimately went nowhere. According to Police Chief David Brown, talks fell apart and it became clear to official that the night would not end without more bloodshed.

“We saw no other option but to use our bomb robot and place a device on its extension for it to detonate where the suspect was,” said Brown in a press conference. “Other options would have exposed our officers to great danger.”

On the heels of another shooting, advocates against militarization fear last week’s attack could push more departments to consider a tactical approach.

The push for more guns and gear reminiscent of the battlefield came after a string of mass shootings pushed a soldier mindset among police.  Community policing and protection slowly began to fade into the background as a more militaristic approach emerged.

“They’ve been trained for the past 14 years in responding to people in suicide vests or how to deal with mass shootings like Columbine, and that has driven out a lot of community policing,” Chips Stewart, a former chief of detectives in California, told to reporters.

Though it’s easy to see why departments have moved past the old baton, embracing a new wave of weapons and technology, advocates against the use of this gear point to the difference in missions between the two organizations. Seth Stoughton, an assistant law professor at the University of South Carolina, pointed to the military’s focus of domination and elimination of enemies, but said law enforcement has never been about the utter control of the people.

“Policing has a different mission: protecting the populace. That core mission, as difficult as it is to explain sometimes, includes protecting some people who do some bad things. It includes not using lethal force when it’s possible to not,” Stoughton told The Atlantic.

This issue gained national attention during protests in Ferguson, Missouri, in 2014. The result of a fatal shooting involving a white cop and a young, black man escalated tensions between the African-American community and police. As pressure mounted, so did overall show of force. 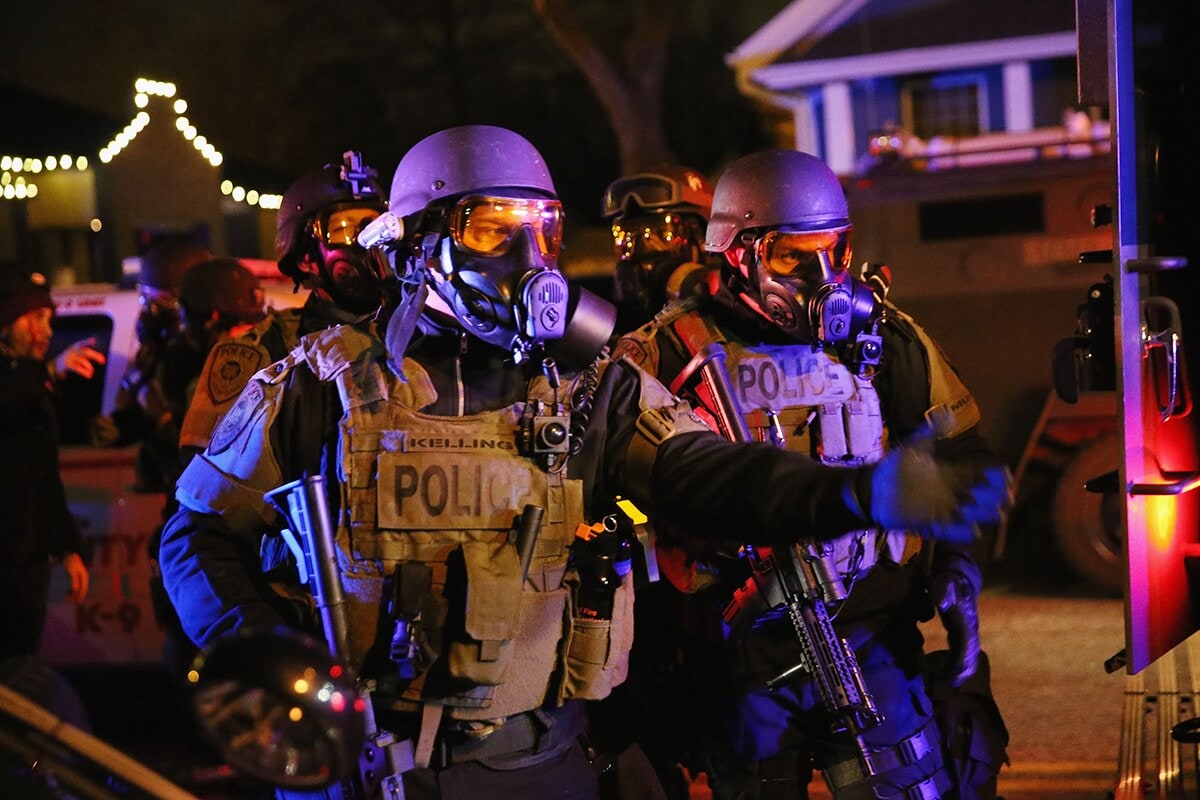 During the Ferguson protests in 2014, police were criticized for the use of military style gear and rifles. (Photo: Getty Images)

Sparking a nationwide backlash, crusaders called for an end to the 1033 program, which supplies law enforcement with excess military equipment. Although the Obama administration did not entirely dissolve the program last year, the president did eventually issue an order prohibiting certain items. Those items included armored tracked vehicles, weaponized aircraft and vehicles, .50-caliber firearms and ammo, bayonets and camouflage.

President Obama commented on the overhaul saying it was a step to renew relations between law enforcement and the communities they serve.

“We’ve seen how militarized gear can sometimes give people a feeling like there’s an occupying force, as opposed to a force that’s part of the community that’s protecting them and serving them. It can alienate and intimidate local residents, and send the wrong message. So we’re going to prohibit some equipment made for the battlefield that is not appropriate for local police departments,” Obama said.

Though Obama limited the gear available to local enforcement agencies, basics like Kevlar helmets and vests were left in circulation. This fact proved advantageous for one lucky Orlando cop last month. During a rush into Pulse nightclub to end a standoff that left 49 people dead, an officer took a round to the head. He was wearing a Kevlar helmet at the time that stopped the bullet and saved his life.

Though some agencies, such as Baton Rouge, have geared up amid increasingly violent protests, at least one local department will not be enforcing military standards on its residents. Charlotte-Mecklenburg Police Chief Kerr Putney reassured North Carolinians his office has no intentions of making any sweeping changes post-Dallas.

“Our changes are going to be nuanced and subtle,” Putney told reporters. “So you won’t see any visible changes. You might see more of us, obviously, and that’s reasonable, but that should be the extent of it.”