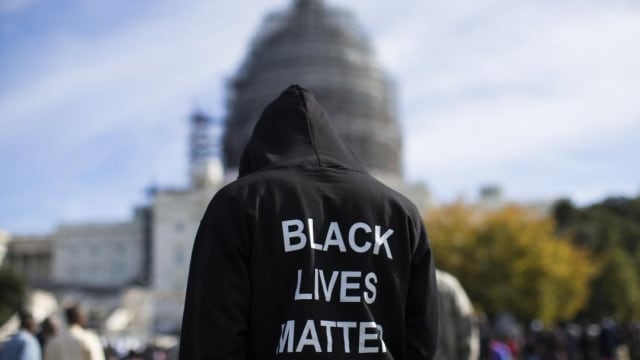 The decentralized Black Lives Matter movement is drawing fire from antonymous petition signers who want the White House to weigh in on the group’s legality. (Evan Vucci/AP)

A We The People online petition started the day before last week’s ambush that left five Dallas police officers dead has reached the goal needed to get a response from the White House.

Started by “Y.S.” on July 6, amid news of the officer involved fatal shootings of Alton Sterling in Baton Rouge and Philando Castile near St. Paul, Minnesota and resulting protests, the petition is to the point.

“[T]terrorism is defined as ‘the use of violence and intimidation in pursuit of political aims.’ This definition is the same definition used to declare ISIS and other groups, as terrorist organizations,” begins the petition. “Black Lives Matter has earned this title due to its actions in Ferguson, Baltimore, and even at a Bernie Sanders rally, as well as all over the United States and Canada.”

In the six days following the petition’s debut, it has garnered 126,256 signatures– well past the 100,000 benchmark established by the program to earn feedback from the current administration.

It should be noted that leaders and supporters of the Black Lives Matter movement have disavowed the Dallas shooting and condemned violence directed at police and others.

Last month’s terror attack at Pulse in Orlando which left 49 dead resulted in a petition to ban civilian ownership of the AR-15 gaining 180,000 signatures in just a few days, resulting in a live conference call open to the public with presidential adviser Valerie Jarrett and a video message from Vice President Biden.