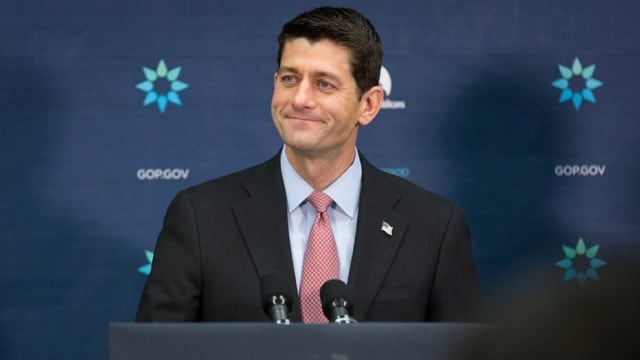 House Speaker Paul Ryan has backpedaled on a plan to hold a vote on Republican-backed gun control bills offered as an alternative to those from across the aisle. (Photo: Speaker Ryan)

To the dismay of House Democrats, Speaker Paul Ryan is sending the body into a long summer break without bringing new gun regulation proposals up for a floor vote.

House Dems staged a 26-hour sit-in protest at the end of June on the topic of gun control, attempting to force Ryan to bring the almost certainly doomed legislation to a vote. Instead, the speaker recessed the chamber until July 5 when lawmakers behind the sit-in resumed their call, leading Ryan to offer up a series of watered down Republican-backed measures which were in turn opposed not only by the Democrat minority but also the GOP’s own Tea Party conservatives.

This left Ryan to call a meeting of chamber Republicans on Tuesday, when he reportedly advised the group no vote would be held until after the six-week summer break.

“Given the events … we need to take a step back and show some real calmness and some real leadership and reflect on what’s happening in this country, and pursue the gun issue at a further date,” Rep. Mimi Walters, R-Calif., told The Hill.

“Somehow, House Republicans are managing to pat themselves on the back for skipping town without taking action on meaningful gun violence prevention legislation,” said Pelosi in a statement. “As the GOP sprints toward the exits, House Democrats will continue to push Speaker Ryan to give the American people a vote to keep guns out of the hands of criminals and suspected terrorists.”

Ryan, who is the standard-bearer for the GOP’s “A Better Way” post-election agenda moving into 2017, appeared at a town hall meeting with CNN’s Jake Tapper Tuesday night. There, he took a question from Mark Hughes, the black man misidentified as a suspect in the Dallas shootings last week while open carrying a rifle.

“What are you going to do to ensure that guns do not fall into the hands of individuals with some type of mental disorder, and what is your plan for vets that come back that has a potential disease or mental illness?” asked Hughes, who was identified by Tapper as a Democrat.

To this, Ryan spoke to VA funding then briefly on no fly/no buy legislation saying, “What we don’t want to do is pass a law that we know violates a law-abiding citizen’s rights, take away their rights without their due process. That is unfortunately, what I think many people are asking Congress to do. The Senate already defeated it. That’s not what we want to do.”

Last week, Ryan argued much the same point saying, “There isn’t a person in Congress that wants a terrorist to get a gun,” while going on to say, “We are not going to compromise the Constitution.”

Congress is set to break Friday and remain in recess through Labor Day.