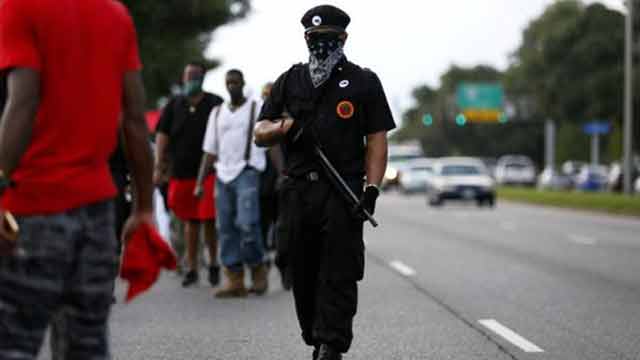 Several hundred members of the New Black Panther Party are expected to turn out for a rally in Cleveland this weekend, just ahead of the Republican National Convention, and thanks to Ohio’s open carry laws, the group says they plan to pack heat.

The “National Convention of the Oppressed,” a black unity rally, is set to start Thursday evening and run through Monday morning. Additionally, the 2016 Republican National Convention, where presumptive Republican presidential nominee Donald Trump and supporters will be in attendance, will also kick off on Monday in Cleveland.

There appears to be some concern over the possibility of opposing groups clashing, further intensified over the fact that both groups have previously said they would be armed. However, Hashim Nzinga, chairman of the New Black Panther Party, said the group plans to leave Sunday and also assured they were not looking for violence but rather just self-protection.

“If it is an open state to carry, we will exercise our second amendment rights because there are other groups threatening to be there that are threatening to do harm to us,” Nzinga told Reuters in an interview.

“If that state allows us to bear arms, the Panthers and the others who can legally bear arms will bear arms,” he said.

Nzinga added that along with the right to bear arms, the group will exercise their rights to assemble, protest and engage in free speech.

Nonetheless, Cleveland officials confirmed they have already stepped up security ahead of planned demonstrations, as tensions are already high following the ambush in Dallas last week that left five police officers dead and more than a dozen others injured. Authorities confirmed the man responsible for the shooting targeted white people, more specifically white police officers.

Although the shooter “liked” numerous black power pages on Facebook, including the New Black Panthers, Nzinga said he was not a member of the organization. Nzinga also said he condemned the Dallas shootings, despite a heavy dose of anti-cop and anti-white rhetoric sprinkled throughout the group’s website.

According to Nzinga, at this time the group is focused on protecting the rights of black Americans, but the New Black Panther Party is listed as a hate group with the Southern Poverty Law Center. The center describes the group as “a virulently racist and anti-Semitic organization whose leaders have encouraged violence against whites, Jews and law enforcement officers.” Nzinga, however, denied claims of such violence.