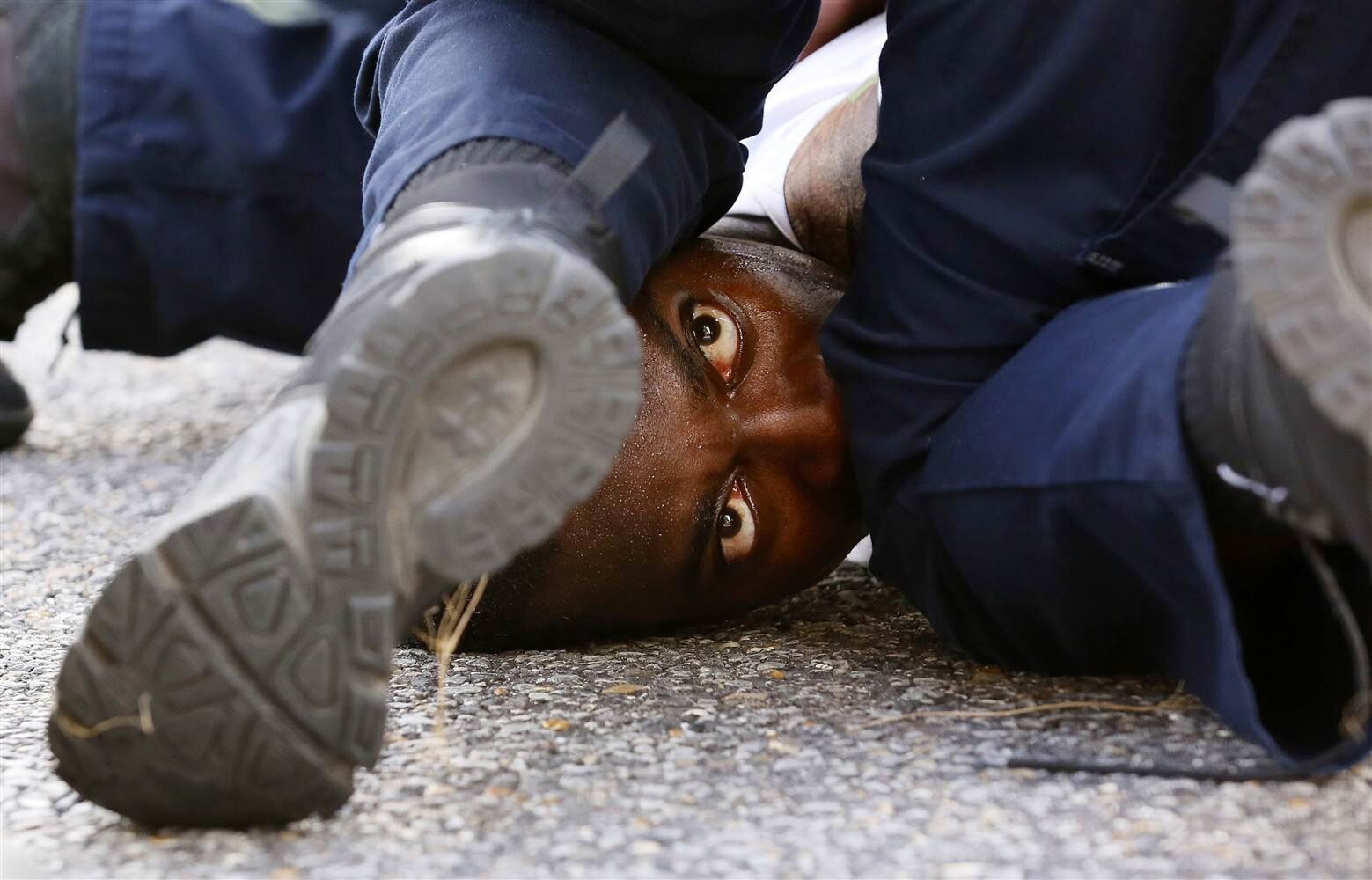 A man protesting the shooting death of Alton Sterling is detained near the headquarters of the Baton Rouge Police Department on Saturday (Photo: Reuters)

The American Civil Liberties Union on Wednesday said it and four other groups are suing a Louisiana police department over alleged civil rights violations during protests of last week’s police shooting of a black man.

Protesters angered by the July 5 death of Alton Sterling took to the streets of Baton Rouge on Sunday and were eventually met with police force, first being ordered to clear the street, then ordered off the sidewalks. When a private property owner offered the protesters refuge, officers declared the gathering unlawful.

“Where, exactly, do government officials expect their citizens to protest? It’s looking, unfortunately, like the answer is ‘nowhere,’ wrote Lee Rowland, senior staff attorney for the ACLU, in a blog post. “Law officers on the ground in Baton Rouge have done nothing to facilitate the constitutional rights to which they have each sworn an oath. Instead, they have met words with weapons, peace with violence. They have continually escalated a nonviolent protest into a full-scale conflict between the citizens and the police.”

Officers formed three lines around the protester and advanced, forcing them down side streets.

Since the shooting that has sparked protests nationwide, Baton Rouge police have arrested some 200 people who have marched, the Times-Picayune reported.

According to the complaint, protesters were met with “military-grade assault” on their “bodies and rights.”

“This group was certainly not about a peaceful protest,” said Col. Mike Edmonson, superintendent of the state police, after the Sunday night demonstration, which resulted in more than 100 arrests, the New Orleans-based newspaper reported.