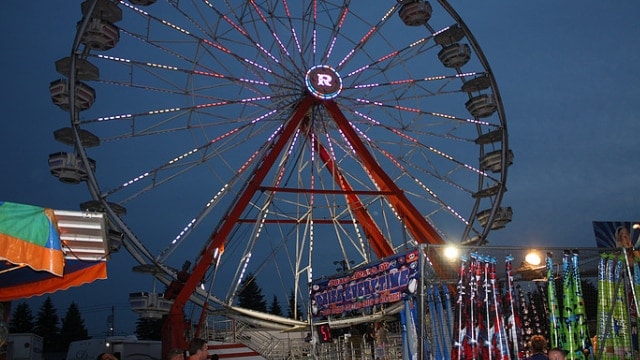 Officials with the Jefferson County Fair felt the gun rights group only wanted to sell raffle tickets rather than educate the public. (Photo: jeffcofair)

The 199th Jefferson County Fair in Watertown, New York will not have a booth from a local Second Amendment group after event officials denied the organization a spot.

The three-year old Jefferson/Lewis County chapter of Shooters Committee on Political Education (SCOPE) had sought to have a booth at the fair, which bills itself as the longest consecutively running fair in the country to help educate the public. The group advised in a statement they began speaking with fair officials in January about this week’s event but at the last minute the Jefferson County Fair Committee advised their application had been denied under the aspect that, “guns were controversial.”

This left the pro-gun organization dismayed as the fair has long allowed carnival games on their midway where patrons could pay for an opportunity to shoot simulated guns for a chance at a prize. SCOPE officials feel a chance to educate the public on Second Amendment issues is being squandered for the sale of political correctness.

“An informed public listening to both sides of the debate makes better decisions,” chapter chair John Elwood said in a statement. “The fair’s decision to blunt public education because the administration thinks guns are controversial is Un-American.”

Those with the fair argue the move was due to the fact that SCOPE, in addition to their visual displays and literature, intended to raffle guns at their booth.

“It was decided by fair management that we would not rent space to anyone for the purpose of raffling guns,” fair officials told the Albany Times-Union. “Had SCOPE requested to rent a booth to educate the public on guns we likely would have rented them a booth for that purpose.”

Elwood maintains there is nothing illegal with the planned gun raffle and the group has conducted them at several county fairs in recent years. Moreover, he contends if fair organizers had issue with guns at the booth, they were willing to substitute photos of the firearms up for raffle.

Since the story went public, it seems that the controversy over guns the fair sought to avoid has surfaced, with angry phone calls and emails from gun owners flooding fair offices.

“The fair is not pro-gun or anti-gun,” fair president Robert Simpson told the Watertown Daily News.

Simpson says SCOPE’s application was denied because they felt the group’s primary intent to be at the fair was to raise money with their raffle.

The fair is set to run through July 17.