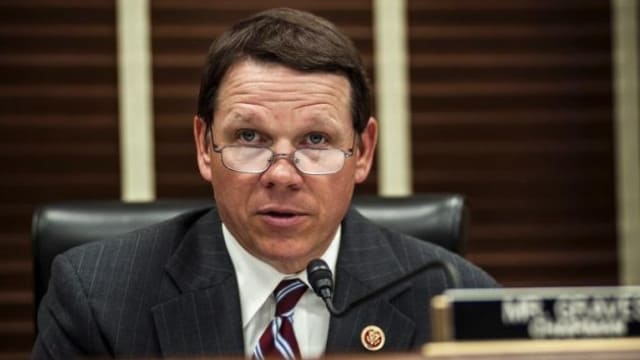 Lawmakers have proposed the Stop Taxing the 2nd Amendment Act, which aims to prevent state and local governments from enacting special levies on firearms, ammunition and background checks.

The measure, introduced last week into the House by a group of largely Southern congressmen, is structured to prevent local lawmakers from using taxes or fees as a way to limit the Second Amendment rights of law-abiding citizens.

“Anti-gun politicians will stop at nothing to push their unconstitutional agenda on the American people,” said the bill’s author, U.S. Rep. Sam Graves, R-Mo., in a statement. “They’re willing to use terrorist attacks and national tragedies as an excuse to advance that agenda, and now states and local governments are threatening to pass new taxes that will prevent people from buying and owning guns.”

The bill, entered as H.R.5666, would prohibit any special taxes by state, county or municipal governments on guns or ammunition that has traveled over interstate commerce on the grounds that it is an infringement of the Second Amendment. It does not address blanket sales taxes and leaves in place federal taxes such as long-standing Pittman-Robertson excise fees imposed on manufacturers. Further, the language does not affect National Firearms Act taxes and fees.

The trade association for the firearms industry supports the move.

“NSSF applauds the introduction of the Stop Taxing the Second Amendment Act by Congressman Sam Graves,” Lawrence G. Keane, National Shooting Sports Foundation senior vice president and general counsel, told Guns.com. “Law-abiding gun owners should not be burdened with unfair taxes that will have little effect on reducing crime but instead create a financial barrier to purchases of firearms and ammunition.”

In recent years, a handful of city governments have sought to establish special taxes on guns and ammo sales. Last August, Seattle enacted a mandatory $25 “gun violence tax” on each gun sale and 5 cents on each bullet sold in the city limits. Thought currently under a court challenge from Second Amendment groups, threats of litigation has not prevented other cities such as Los Angeles from examining similar taxes of their own.

“This city gun and ammunition tax scheme is being pushed nationally by the Bloomberg billionaire gun ban lobby,” Second Amendment Foundation President Alan Gottlieb told Guns.com previously. “They plan on using these tax funds to attack our gun rights with. That way they can use our own money against us and they don’t have to spend their own billions. We are going to see them push this in every major city that is controlled by anti-gun rights politicians who are part of the Bloomberg blitzkrieg.”

The bill has been referred to the House Judiciary committee, though the current Congress is set to end session in January.