Robber with AK-47 on life support after meeting CCL holder 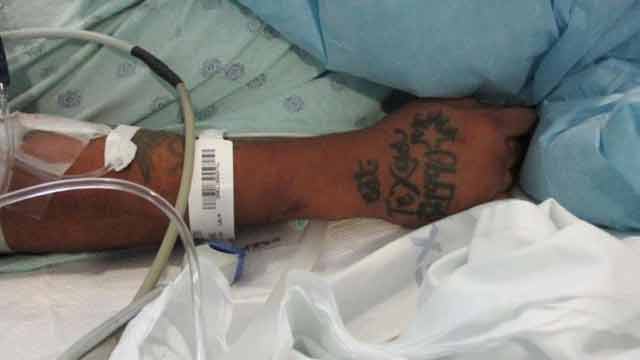 Antione Cooper had a number of tattoos that helped authorities identify him. (Photo: DeSoto Police Department)

Thanks, in part, to numerous tattoos, Texas authorities have identified a suspect this week who has been on life support for several days following a botched robbery at a DeSoto Waffle House.

The robbery occurred around 2:30 a.m. July 7. According to a news release from the DeSoto Police Department, the suspect entered the establishment armed with an AK-47 and robbed the restaurant and its patrons. Witnesses say as the robbery went down, the suspect threatened to kill the victims.

But unbeknown to the suspect, one of the men he had just robbed was licensed to carry a concealed weapon and armed with a handgun. The armed citizen told the police that his wife was on her way to meet him at the restaurant and he feared she would run into the suspect in the parking lot. So the armed citizen followed the suspect outside, where a brief confrontation occurred.

During the confrontation, the suspect reportedly aimed the rifle at the armed citizen, who fearing for his safety, his wife’s safety and the safety of those inside the restaurant, shot the suspect several times.

When police arrived on the scene, they found the suspect lying in the parking lot. He was transported to a local hospital where he was placed on life support. No one else was reported to be injured. 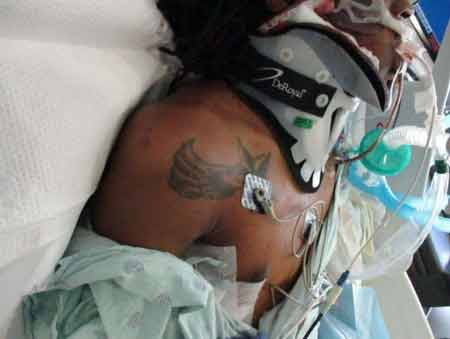 In an effort to identify the suspect, the DeSoto Police Department took pictures of the suspect’s numerous tattoos, which were located on his arms, legs and forehead. Those photos were then circulated on the internet in hopes that someone would recognize them. The suspect was eventually identified as 26-year-old Antione Devon Cooper, The Dallas Morning News reported.

If Cooper survives, he will face charges for aggravated robbery. The armed citizen who shot the suspect is not facing charges at this time, but once the investigation is completed, the case will be turned over to the grand jury for review.