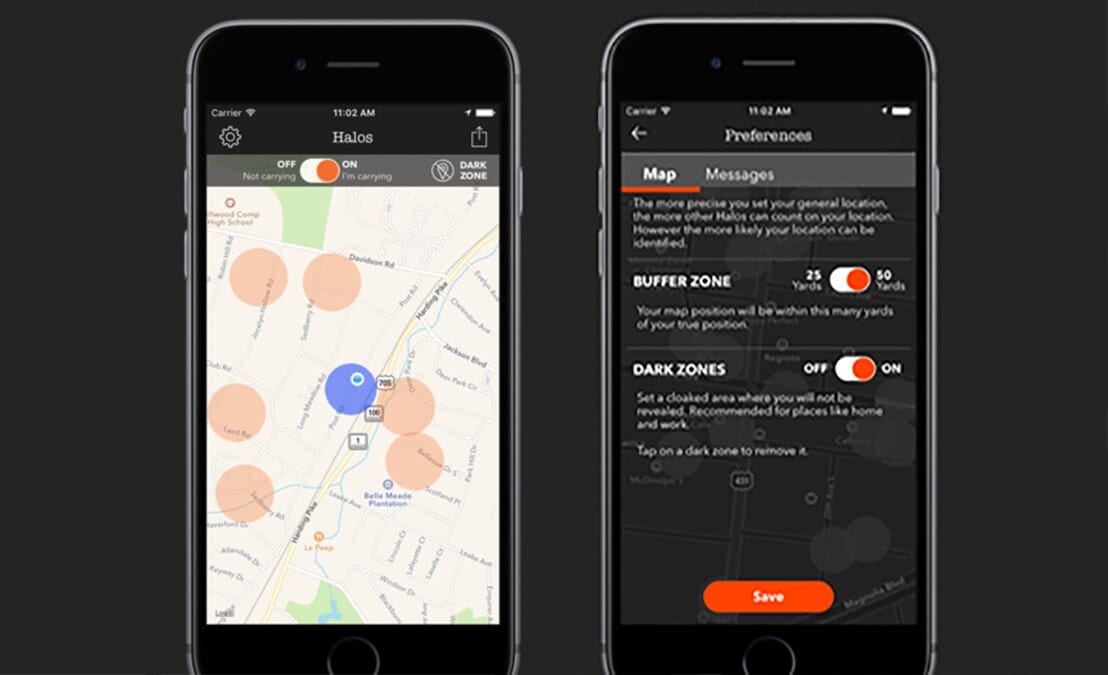 A new mobile app for iPhone called Halos brings concealed carriers together on a virtual map with the goal of creating safer communities.

The app, launched in late June on iTunes, allows concealed carry permit holders to broadcast their legal carry status to other users. Displayed on a map, it’s a virtual networking of good guys using location based smartphone technology.

While exact locations are kept under wraps by buffer zones of 25 to 50 yards, an update scheduled for early next week will alter that to 50 to 100 yards. These buffer zones are an approximation of location and aim to keep app users safe by not pinpointing where they are.

Also included as a safety measures are the use of dark zones — regions where the app will never broadcast. Designed for home and work, these settings give a level of anonymity when needed to protect concealed carry permit holders.

Though limited to iPhone users right now, Android fans should see the app in Google Play within the next 60 days.

Over 500 permit holders have logged on to check out the new tech; but others are noticeably hesitant to jump on board. Notoriously skeptical 2A supporters point to the app as a potential ploy by the government to track the locations and interactions of legal gun owners. Cook told Guns.com, he gets the concern.

“If I was looking at this app I would have many of the same knee-jerk reactions,” he said in a phone interview.

He reassured Guns.com that the app is not about watching where people go, but rather seeing if where they go is safe.

“I saw the world changing after Paris and San Bernardino and I thought I needed to be part of the solution and not just a bystander,” Cook said. “Networking the good guys takes the value of one permit holder and leverages that. It’s a multiplier effect. We can do a lot more good.”

The U.S. has an estimated 12.8 million legal concealed carry permit holders, according to data published in 2015 by pro-gun research group Crime Prevention Research Center. Using this sheer volume of concealed carry holders in a positive manner, developers of Halos hope concealed carriers step out of the shrouds of self-interest and protection and into a community of other sheepdogs watching out for each other.

“If a million or 5 million or 10 million of us are loosely networked graphically on maps, what effect do you think that would have on criminals and terrorists?” Cook asked. “What effect would that have on our community knowing where safe areas are or are not. Would we still feel like we are operating in the shadows for ourselves or would that promote some sort of community obligation?”

Early adoption into this new tech is rewarded. The first 100 users of Halos in each state get a free subscription, while users after that pay $1.99 per year. Free slots are still available in some states.