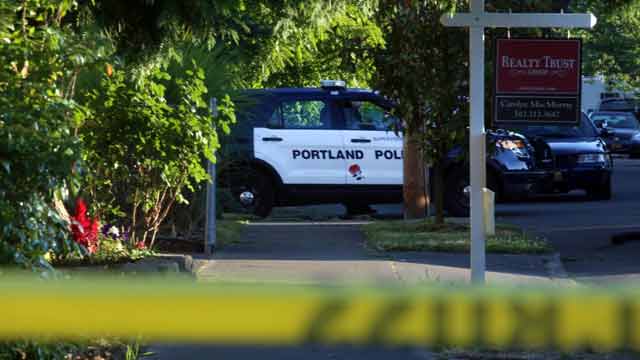 The city of Portland has seen at least three defensive gun uses in less than a month. (Photo: Rebeca Bagdocimo/The Oregonian)

A home invasion robbery in Portland early Thursday morning turned deadly after the armed homeowner fought back against his assailants.

Authorities say the crime occurred just before 1 a.m. and involved multiple suspects. At some point during the home invasion, the homeowner confronted the suspects, shooting one and sending the remaining suspects fleeing whilst leaving their wounded comrade behind.

When police arrived at the home, they found the suspect still inside. He was pronounced dead at the scene, but the remaining suspects were nowhere to be located. At this point, authorities have very little information on the other suspects involved.

The homeowner also suffered non-life threatening injuries and was transported to the hospital via ambulance for treatment. He was later released, but authorities did not elaborate on the type of injuries the homeowner sustained.

The incident is still under investigation, but according to a press release from the Portland Police Department, the homeowner is fully cooperating with authorities and is not facing any charges at this time.

Neighborhood resident 74-year-old Angel Reyes told The Oregonian he has lived in the area for more than 50 years. He said it’s a nice area and he’s never before been concerned about safety.

Thursday morning’s home invasion marks the third such incident in just as many weeks where would-be victims in Portland, armed with their own guns, have fought back against intruders.

On June 26, a woman returned home to find a man lurking in her 10-year-old daughter’s bedroom. The mother, 33-year-old Tara-Alexis Ford, was armed with a handgun and fired a single shot at the intruder, who was later identified as 59-year-old David Daniel McCrary of nearby Gresham. McCrary died as a result of the injuries he sustained. The mother and her children were unharmed.

About a week prior, on June 22, another Portland homeowner was startled by a man, who was completely naked, trying to break into the home through a back window. Authorities say the homeowner feared for his safety and opened fire, striking the suspect several times.

When police arrived a short time later, they found the suspect in the back yard suffering from multiple gunshot wounds while sitting in a fountain. That suspect was later identified as former NFL player Stanley Wilson II, who now faces multiple charges stemming from the incident.