Yup, parking lot pill pugilist had the rounds backwards in his pistol 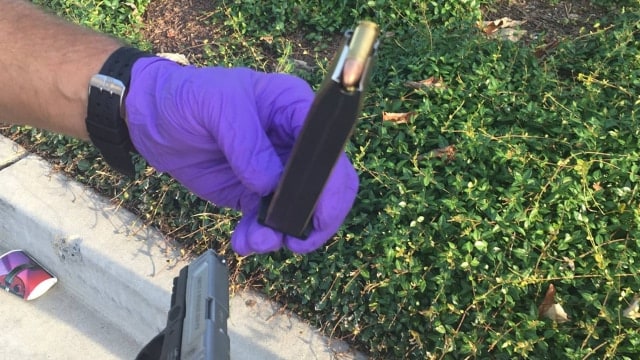 “Pistols aren’t much use if the ammunition is loaded in the magazine backwards. That’s been turning shootings in pistol-whoppings since 1892,” (Photo: Oconee County Sheriff.)

The Oconee Enterprise has been the community paper since 1884 in their part of Georgia but when a recent news report got almost everything wrong, the Sheriff put them on blast.

Watkinsville, in Oconee County, Georgia is a small community of about 2,800 outside of Athens. Home to a really neat Iron Horse statute, it was apparently big news when there was an armed robbery at Party City, which was dutifully covered by the Enterprise.

The thing is, the Sherriff pointed out that there were a few holes in the paper’s story, now retracted.

The Oconee Enterprise ran a story yesterday with a headline of “Armed Robber Hits Party City” or something to that effect.

The Party City was not robbed. Nothing close to that happened.

What happened was two idiots fought over pills in the parking lot of the Epps Bridge Center. One of them got hit in the head, and the other ran off with the pills. The loser of this tête-à-tête not only refused to cooperate, he left the scene prior to the investigator arriving. He even made some sort of comment about a hot dog being worth more than the deputy’s salary.

Two guys fighting over pills in a parking lot is not a store getting robbed.

Now, here is something that the paper didn’t have: The party of the first part struck the party of the second part in the head with a pistol. He left the pistol behind. Pistols aren’t much use if the ammunition is loaded in the magazine backwards. That’s been turning shootings in pistol-whoppings since 1892.

No yet to be made balloon animals were harmed in the writing of this post.

As for the Oconee Enterprise, they manned up on their mistake:

Our headline on the Sheriff's Report was indeed incorrect. We misread incident report. Party City was not a victim of armed robbery. Sorry.

But then again, all the cool kids roll with their rounds in backwards, right? 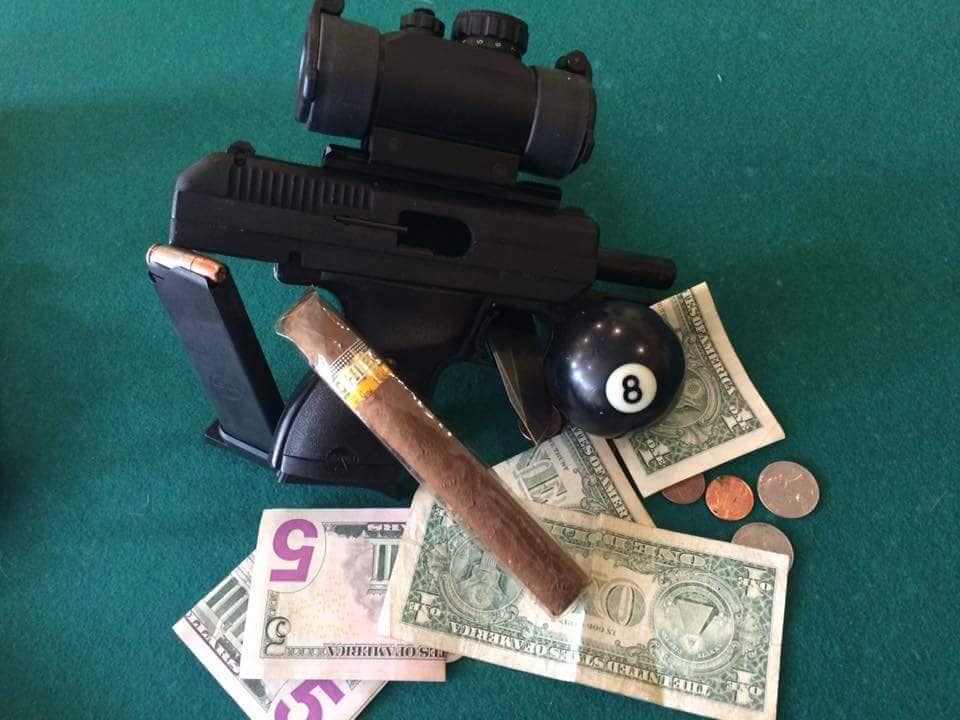